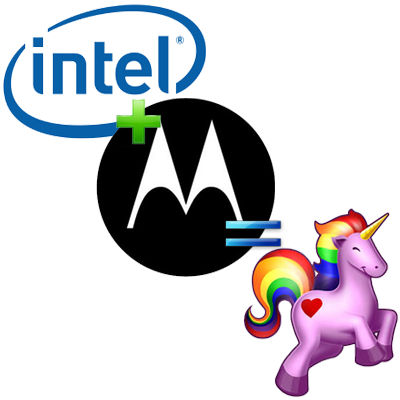 For a while now, it’s been the same chip makers in the mobile space. TI and Qualcomm have been there forever, and Samsung has been putting their own chips in their own Galaxy line since its inception (excluding the Galaxy Nexus and the T-Mobile Galaxy S II variant).

Intel, in the meanwhile, has been focused on what they’ve always succeeded at;  PCs and Apple computers. That’s changing, as Intel has announced their mobile phone variant of the Atom processor, the Z2460.

At CES, Intel was showcasing a demo unit with a 4 inch screen and the usual Android bells and whistles to show what the new processor was capable of. Mike Bell, the head honcho of Intel’s mobile department, demonstrated the device on stage, paying special attention to a quick fire camera ability. Using this, he was able to shoot 15 pictures in less than a second, all at 8 MP quality. Impressive!

According to Bell, Intel’s new platform has been optimized specifically with Android in mind, with many apps having been tested. With just a few minor changes to the apps, developers were able to get everything settled. Even bigger news here however, is the several year exclusivity deal that Intel was able to work with Motorola. For that period, all Motorola phones and tablets will be powered by Intel’s mobile chips. Given Google’s dalliance with Motorola, this could prove to be very interesting indeed.

Time will tell, of course, but we’ll be watching this development closely.