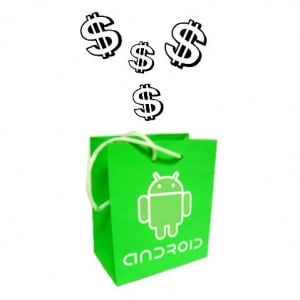 With all the different seemingly conflicting reports about developers fleeing both the iPhone app store and the Android Market, the question remains for those who are committed to the Android platform of whether or not the Market is ever going to mature to the point of offering a large number of quality applications for download.Â  As it stands now, Android users are kind of stuck with a half baked Marketplace that needs to have serious attention given to it before it can really excel.

One of Android Guys other writers wrote a piece about the needs that the Market has, and what needs to happen to fix them.

I agree with Todd about the functionality issues that the Market has, but I believe the issue about the Market offering a robust selection of applications for the Android platform really resides with the developers themselves.

Apple has trumpeted the fact that the app store has sold billions of apps for the iPhone, and being an iPod touch user, I can attest to the fact that there are scads of quality apps for users to download and enjoy, it is almost overwhelming when you look the sheer number of things you can get for the iPhone or Touch devices.Â  But the question has to be asked, how did the app store mature so fast, and become so successful?Â  Which leads to the next obvious question; What is it going to take for the Android Market to experience similar growth?

The answer to both questions is intertwined.Â  I am of the opinion that the Apple app store really took off because there were a number of applications that made creative use of the iPhone hardware, and created an environment of “Wow,” as I call it.Â  For example, one of the simplest apps you can download is a multi level application, which simply acts like a level to make sure things are well, level!Â  It is crazy to think about how much I used that program toÂ  make sure pictures that were hung on our walls were straight and looking good.Â  My wife’s direct quote when she saw what I was using?Â  You guessed it, “Wow!”

The app store has grown because of the creativity of developers pushing the hardware to do new and cool things, not to mention useful and having impact on everyday tasks.Â  Not all apps do this, but this is what I think has caused the explosive growth Apple has seen there.

The Android Market must follow suit, or it is going to be relegated to what it is today, a mish-mosh of applications that has a few useful items buried underneath a ton of shovelware.Â  Don’t get me wrong, there are some really nice applications for us Android users, but most of those are made by Google themselves.Â  The non-Google programs that are popular mostly have been ported over from the App store, which is not a bad thing, but there is very little freshness to them.Â  Pandora, Facebook, Last FM–they all operate basically the same.Â  (A caveat here, they probably are going to look the same since they are portals to web services.)

For Android users to see real, explosive growth in both the Market and the platform, we are going to need developers that are committed to making unique, creative applications and games for Android powered phones.Â  I dream about the day that we will see games that use the unique functionalities of the Android platform.Â  I was really excited when I first got my G1 and downloaded a game that scanned bar codes and generated monsters from them to fight other people with.Â  That was COOL, but development has not moved forward with it.Â  I dream of the day where we have some sort of application that generates massive scavenger hunts built off of Google applications.Â  I dream of the day where developers look at all the awesome things that the Android platform offers and creates applications around those things that we find ourselves unable to live without.

Along with the practical fixes for the Android Market, there needs to be a philosophical shift in the thinking of developers who are looking to copy the success of the Apple app store.Â  Developers need to look at the Android platform with a fresh eye, and begin to see the potential that is unique to it.Â  We don’t want ports of games that have been successful before, we want new, fresh applications that are well thought out and supported.Â  This is going to take someone being serious and putting up some significant resources, but once they do, watch out!Â  Android is going to be on a HUGE amount of devices next year, with the user base growing all the time.Â  They used to say, build a better mousetrap and the world will beat a path to your door.Â  I say, build the killer Android app and you will start the Android revolution in earnest.