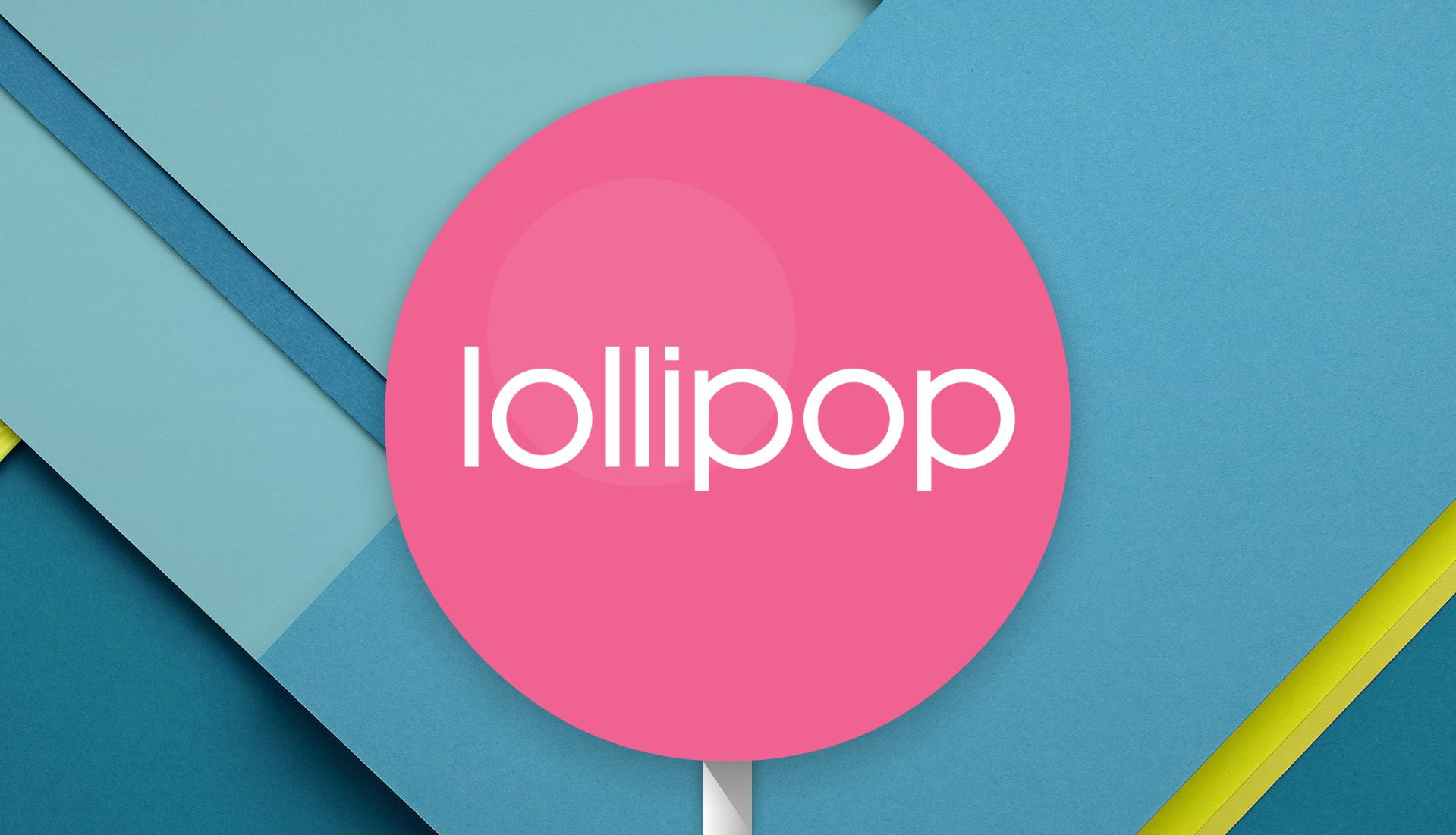 [dropcaps]There is sometimes discord in the Android community that demands a time out.  This subject is one of those.  Too often do we see clamoring that the best solution to any manufacturers’ approach to their phone’s software is untouched, stock Android.  And while part of me is with the purists (having owned Nexus devices myself), another part of me can’t bear to jump on the bandwagon and refute any other offering.  Hear me out.[/dropcaps]

If you stop and think about each different UI, you can’t tell me that there isn’t something right it’s doing.  Like some sweet feature that another software package doesn’t offer, even stock Android.  For argumentative purposes, let’s break them down: 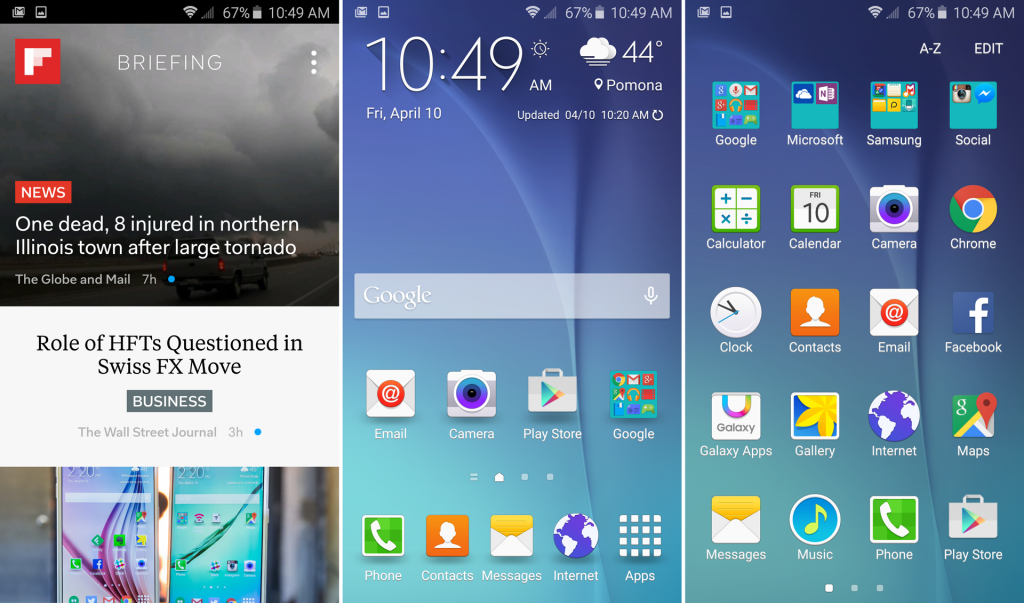 Yes, TouchWiz is shunned a lot of the time, and for good reason.  But what about the camera software?  I had the Nexus 6 and I felt like the camera on it was set on simple mode.  There wasn’t much it could do outside of point and shooting.  The only modes available are:  panorama, photo sphere, lens blur, and HDR.

On the Galaxy camera app, you have a Pro mode, where you can change White Balance, ISO, etc.  HDR can be handled automatically, so no more user switching and that lag associated with it.  There’s also slow and fast motion capture, selective focusing after the fact, and many more post-processing effects.  Also, on the selfie mode, there’s a beautification ability to remove face blemishes. 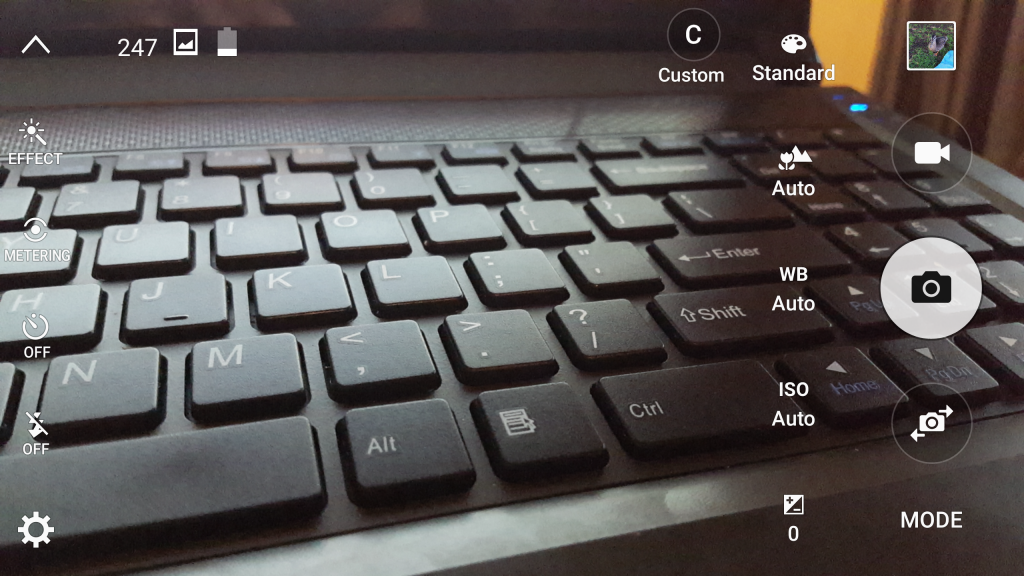 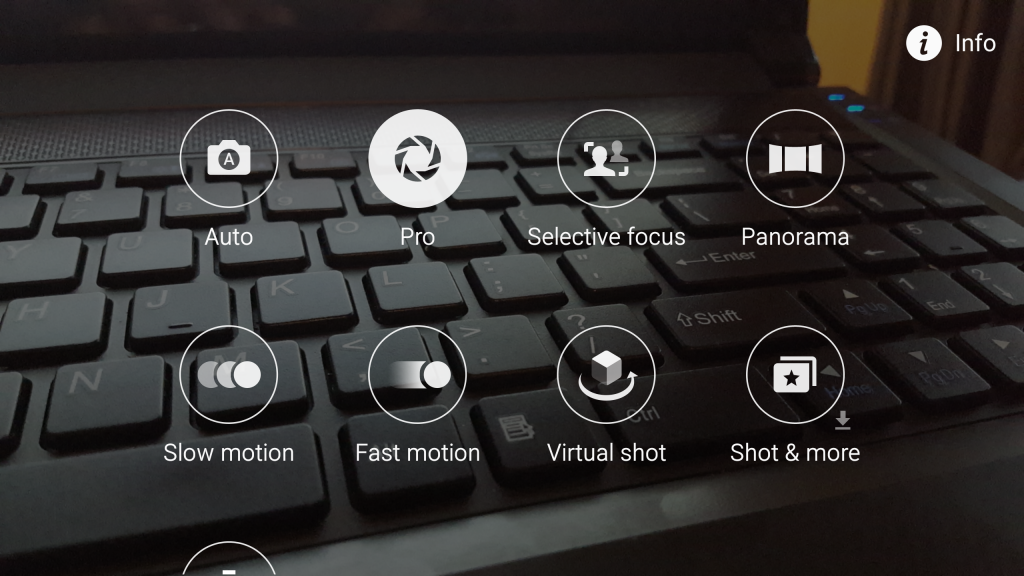 One TW feature I must mention is the split screen view.  It is beyond me on why the Nexus 6, with its ginormous screen, did not have this ability.  There are also a multitude of gestures/motions as shortcuts to common actions, such as bringing the phone to your ear to automatically make a call or the screen remaining on until you look away from it. 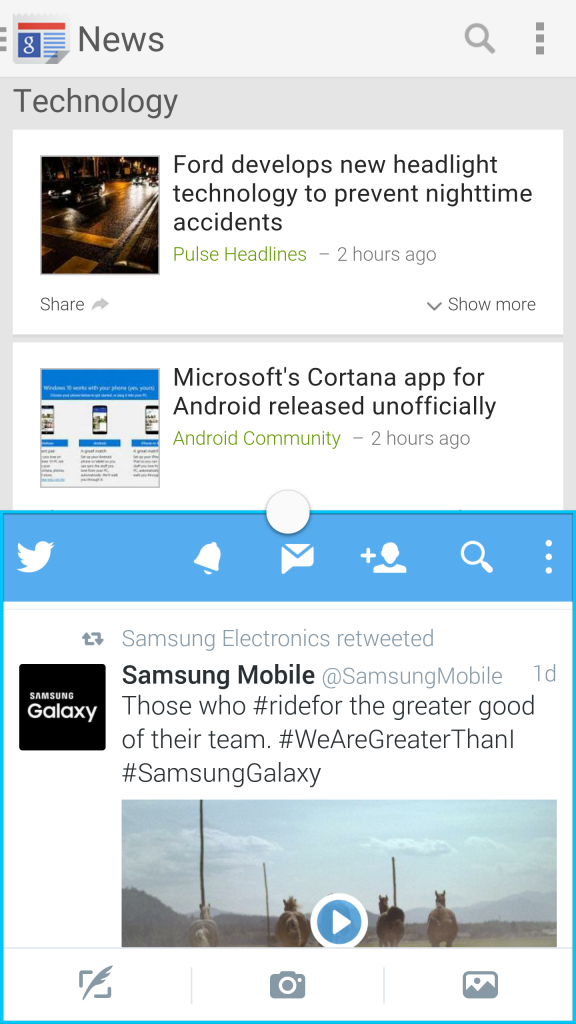 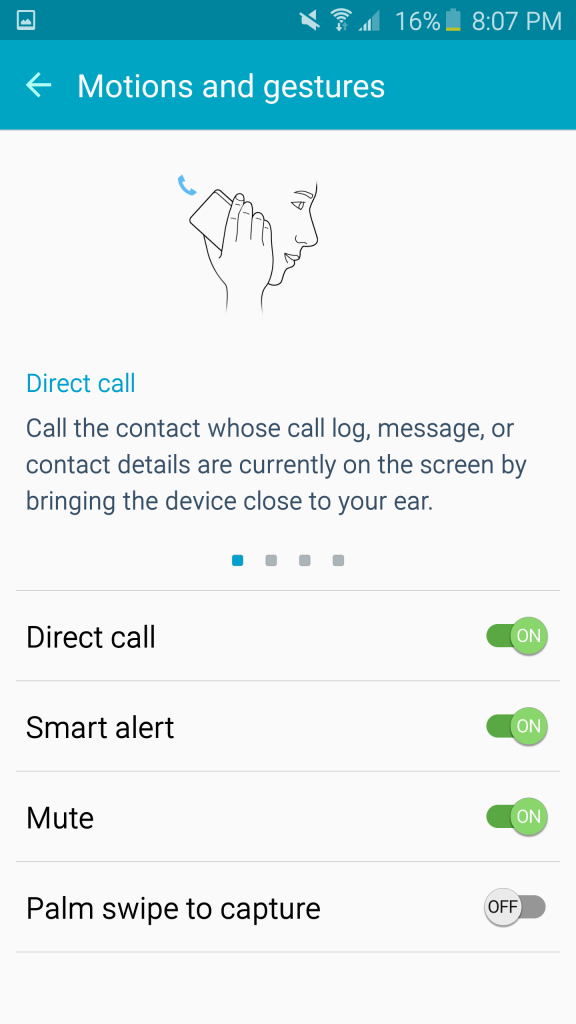 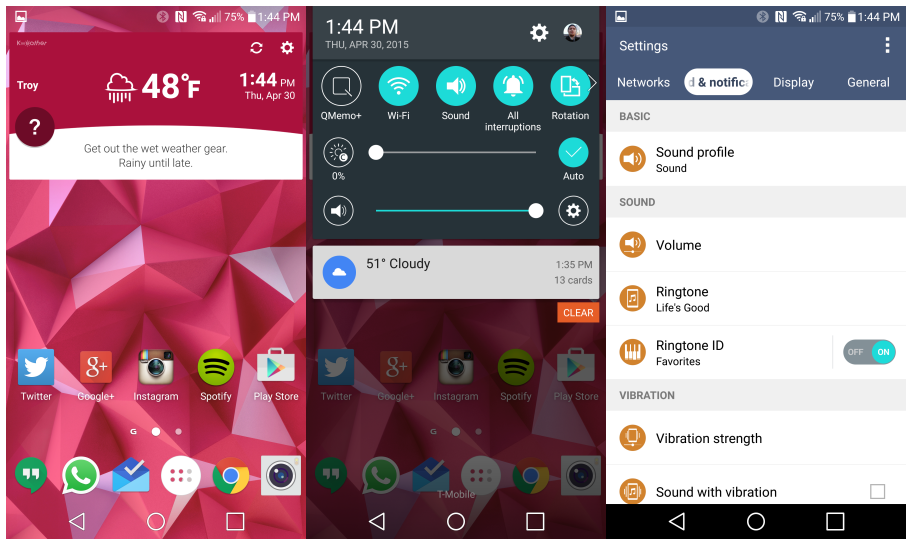 While LG’s UX 4.0 UI isn’t renowned, it does bring some unique features to the playing field.  One of these is navigation button customization.  Google is the one who introduced on-screen buttons, so they should have been the ones showing off their flexibility.

In UX 4.0 you can add in another button, with a multitude of functions to choose from to assign to it.  You can also rearrange the button layout.  For instance, I’m right-handed and like the back button to be on the right side.

LG has up’d their camera game this year as well.  The LG camera software has capabilities reaching for DSLR-level of options. 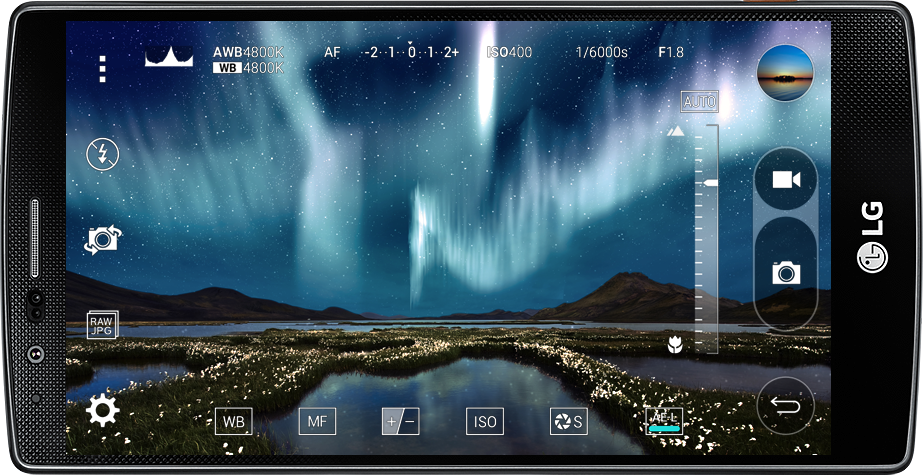 We also can’t forget about that Double-Tap-to-Wake feature, debuted back on the LG G2.  It’s another frustration that the current Nexus phone still doesn’t have this.

In contrary, HTC’s Sense is one of the most accepted UI’s.  Since the release of the One M7, Sense has been well-optimized, quick, and for the most part, not annoying to look at. 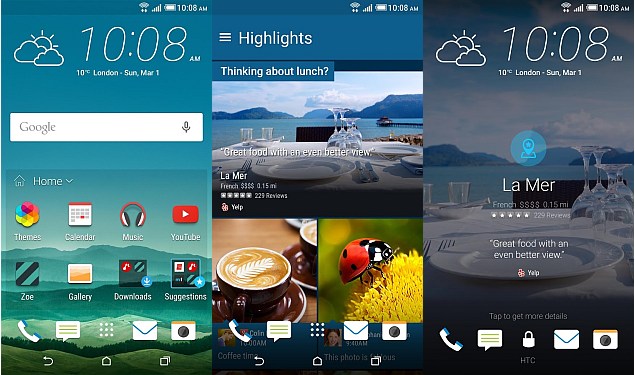 One great thing HTC introduced with Sense 7 is a very capable theming engine, something Lollipop is lacking.  It can basically take any color palate, whether user-specified or from an image, and match the UI’s appearance to it. 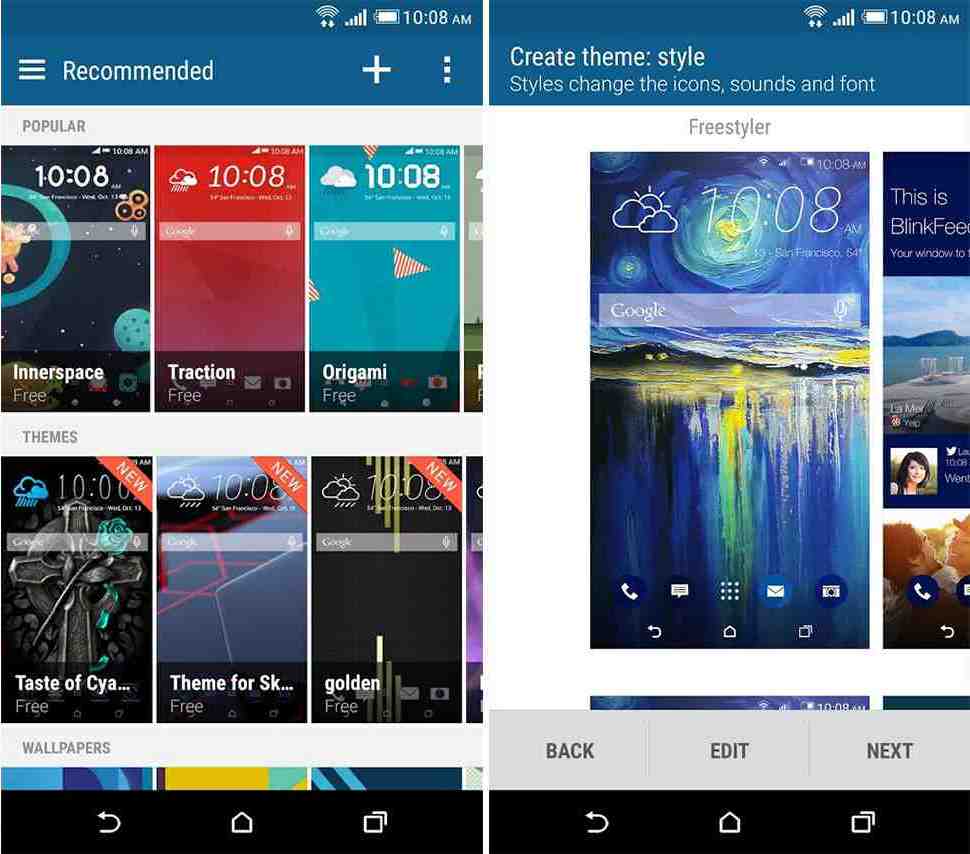 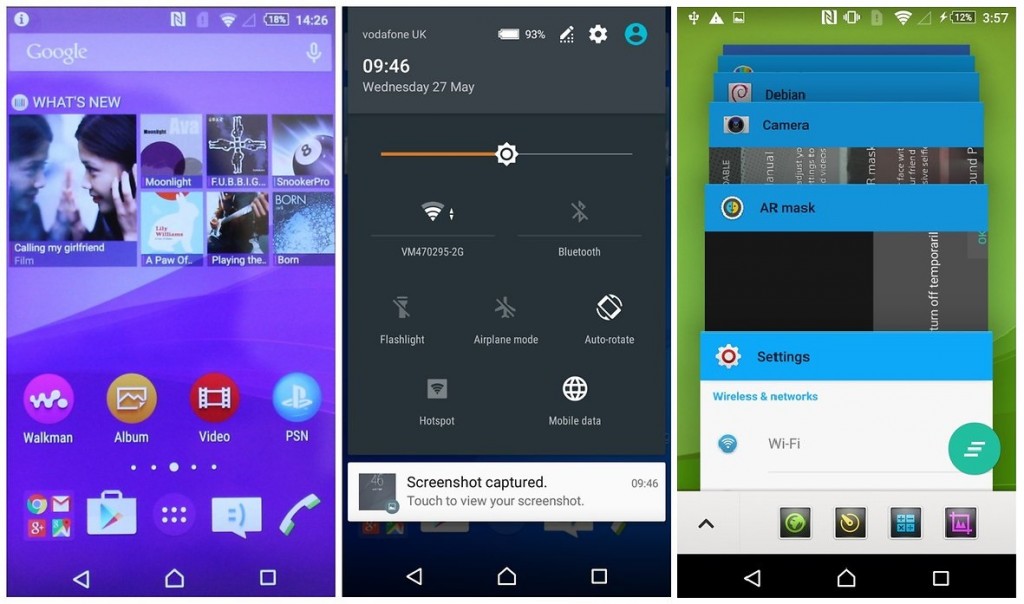 While many would agree that Sony’s UI needs a serious makeover, function-wise it has some great things going for it.

One of its most renowned features is battery optimization.  As of late, Lollipop has had some issues in the battery department.  Sony works their magic with hardware and software tweaks to make the battery only take sips from its capacity, while still allowing the user to feel like the phone is blazing fast. 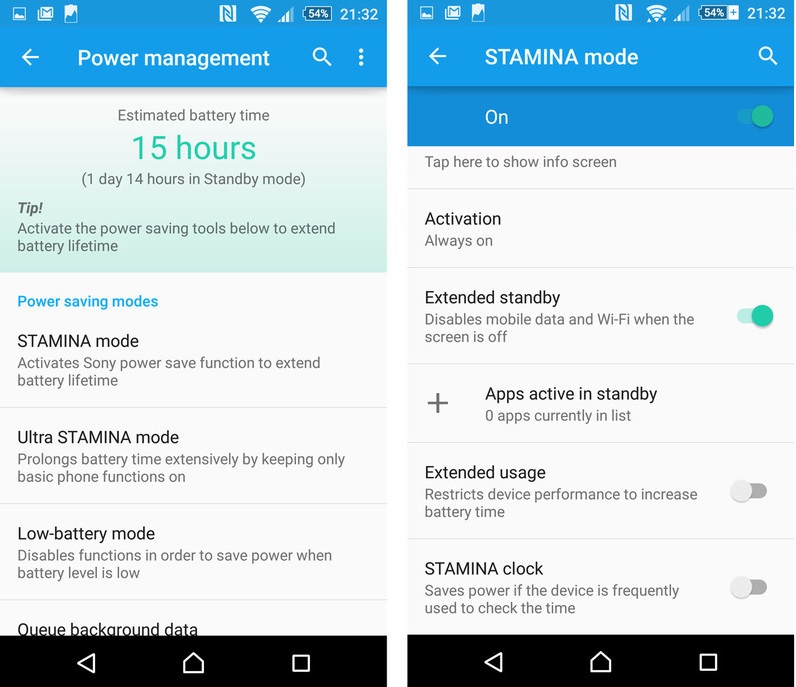 Even with a near stock experience, Moto still felt the need to spice things up.  They did some fancy notification tricks with Moto Display, letting you wave your hand in front of the device to check it.  Also, the when you touch the notification, you get a preview without having your entire screen lit up.  This is great if you constantly want to know the status without constantly pressing the power button.

In addition, Moto Voice gives you more control over your phone than Google Now, Moto Assist lets you tailor your phone’s behavior for different parts of the day, and Moto Actions provides gesture shortcuts. 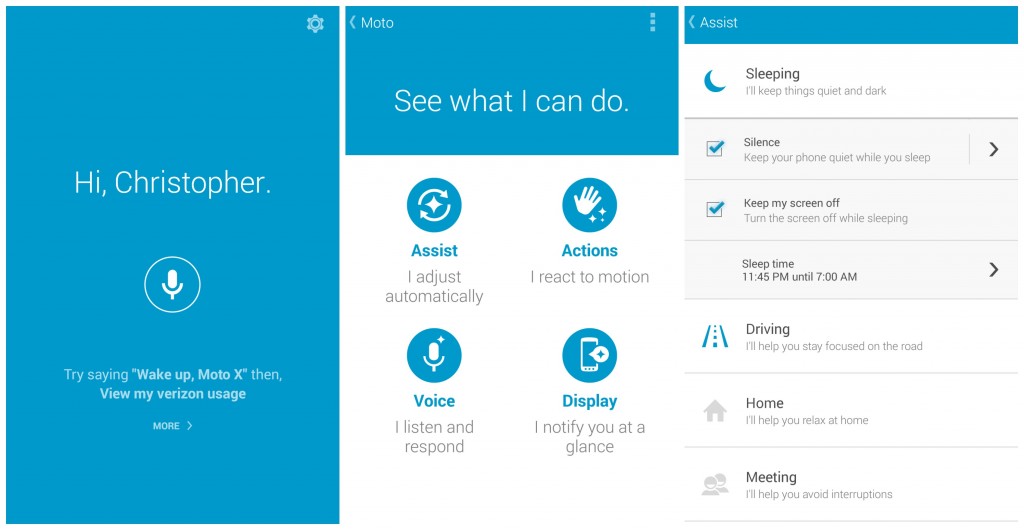 Now, before the Comments section of this article gets blown up by “You can have all that on Lollipop, if you root!”.  That is not the point.  We are not discussing a specific group of people, who are open to putting extra effort and risk to unlocking their phone.  We’re talking about the Android community as a whole, and the majority of people aren’t comfortable with stepping out of bounds.

Here’s a thought to add to the mix:  Why does Google leave out features that stock Android should obviously have?  What if Google deliberately holds back, to leave room for improvement for their customers to fill?

Let us know what you think!