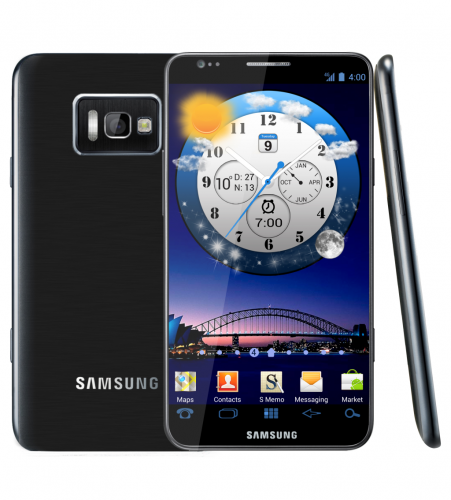 We first heard rumors about Samsung’s next powerhouse device, the Galaxy SIII, back in October, and it looks like Concept Phones got their hands on a leaked render of what they think is the GSIII. Apparently it was sent to them by a Russian reader, who stated that the phone appeared on Samsung’s official page on a Russian social network known as Vkontakte. It sounds a bit sketchy, and we’re definitely not taking any of it to heart until we get some more facts.

The device itself is said to feature a quad-core Samsung Exynos 4412 1.5GHz processor, TouchWiz 5.0, ICS, a 5-inch HD Super AMOLED display with a 1280 x 720 resolution, 9mm thick body, a 12MP camera featuring both an LED flash and a Xenon flash, along with a 2 MP front facing camera for video chatting. Supposedly, the GSIII will come in 32 and 64 GB models, both with microSDXC support, a stylus like the Galaxy Note, USB 3.0 capabilities, and last but not least, 4G LTE. 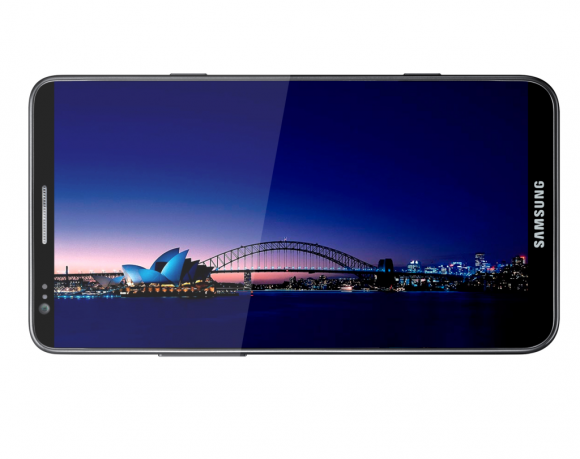 As if that wasn’t questionable enough, the Russian tipper also indicated that the device will dual-boot, giving users the choice of Android or Samsung’s BadaOS.

Now that we’ve gotten all the purported specs out of the way, we really have to question them. I’m all for a killer device, but something seems askew here. We’ll just take this with a grain of salt until something else pops up. Perhaps Samsung will shock us all and confirm them at CES.

So what do you think? Is this all fabricated? Drop a comment below!