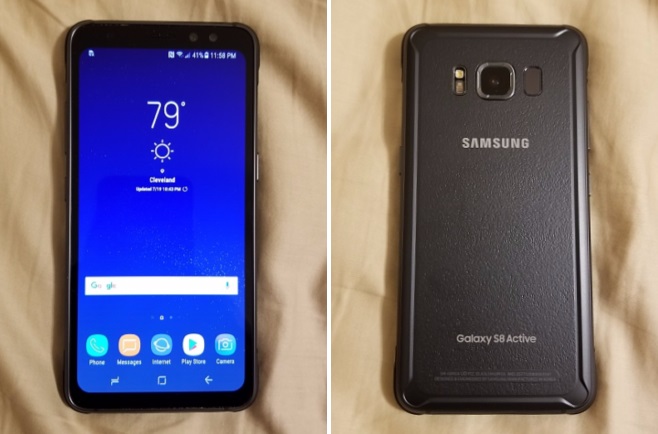 The Samsung Galaxy S8 Active has been rumored for quite some time. The AT&T exclusive device has been spotted making an appearance with the Wi-Fi Alliance and dropped by Geekbench in the past few months, signaling an imminent release.

While we’re waiting for the Galaxy S8 Active to make a debut into the real world, a few images allegedly showcasing the live phone have popped up online via Reddit.

We’re told the device will be made of polycarbonate and will include metallic sides, thus making it a lot sturdier than the fragile Galaxy S8, but also a lot more ticker (1.5x times more than the Galaxy S8). The curved sides are no longer present for durability reasons, so the Galaxy S8 Active allegedly includes a flat 5.8-inch display panel. 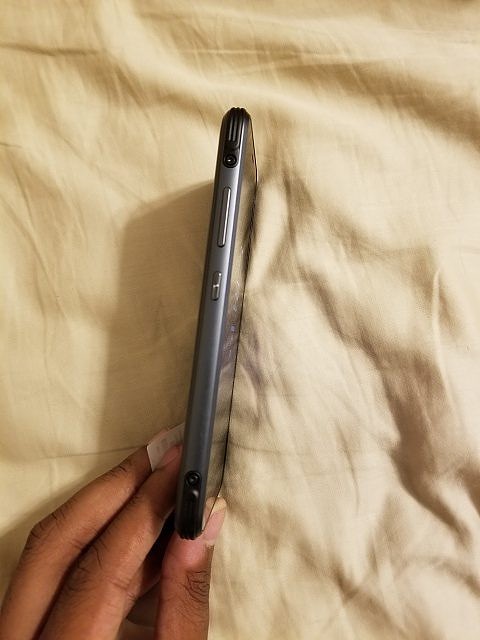 Unlike previous Active models, the Galaxy S8 Active features capacitive keys instead of physical ones for navigation. It also includes a dedicated (non-reprogrammable) Bixby button which replaces the trademark Active Key.

Perhaps the most important aspect is that the Galaxy S8 Active will carry a larger 4,000 mAh battery, as opposed to the 3,000 mAh powering the Galaxy S8.

Other specs include a Snapdragon 835 processor, 4GB of RAM and 64GB of internal storage (microSD card slot included), as well as a 12-megapixel main camera and 8-megapixel selfie one. The device is also expected to be MIL-STD-810G and IP68 certified. It will also run Android 7.0 Nougat out the box and will include the Qi wireless charging feature.

Anyway, there’s no word on a possible release date, but hopefully the rugged phone land on the market soon enough.