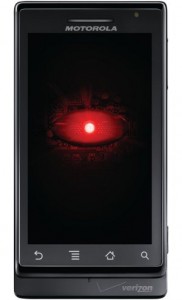 Verizon Wireless officially announced today that the Motorola Droid will be launching on November 6th with a $200 price tag.Â  We have to admit, the cost does come as a surprise considering the specs.Â  It’s considerably beefier than anything else we’ve seen so far from T-Mobile or Sprint but in the same ballpark in terms of cost.Â

Among the other items confirmed via Motorola and Verizon:

Also included in Android 2.0 is the new Google Maps Navigation application.Â  Keeping with Google policy, the app is beta and offers voice guided 3D navigation. Verizon also admitted that all of their Android-based devices going forward will fall under the “Droid” moniker.

Pick your Droid up for $200 next week at Verizon Wireless locations around the country!