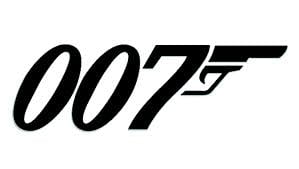 With all the games out there, you would have thought that one of the most iconic spies of all time, James Bond would have his own Android game, right? Surprisingly the answer is no, he does not. In order to fill that 007 void, Glu Mobile Inc., has teamed up with Eon Productions and MGM Interactive to bring the first free-to-play mobile game in the history of the Bond franchise.

The game will be inspired by the franchise’s rich history, themes, characters, and narratives providing the atmosphere that Bond fans have grown accustomed to over the past half century. Niccolo de Masi, Glu CEO states: “We look forward to delivering a never before seen gameplay experience on mobile for the passionate worldwide community of Bond fans.”

As far as why MGM and Eon Productions chose Glu Mobile, Gary Barber, MGM Chairman and Chief Executive Officer says that Glu has the experience and established track record to deliver a game of this magnitude. MGM believes that Glu can deliver an experience worthy of the Bond name.

James Bond started as a character in Ian Flemings’s series of novels and short-story collections. The franchise grabbed the world’s attention with its first movie released in 1962, “Dr. No”. Over the past 50 plus years, Eon Productions and MGM has build James Bond into the legendary character that he is today. The next installment in the franchise, the twenty-fourth film to be exact, is due out in November 2015.

Unfortunately to all Bond fans and gamers alike, you will have to wait another year as the game is slated for summer 2015.