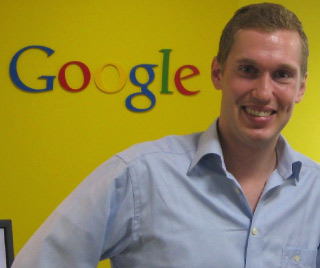 After announcing the Nexus 4, Nexus 10, and the 32GB Nexus 7, Google caused quite a stir in the tech community. Most of our first reactions were in response to the awesome new features and specs of the aforementioned devices. But after some time, many of us noticed several big changes to the overall direction of the Nexus line. John Lagerling, Android’s business development director, set out to clear a few things up in a New York Times interview.

We have to give props to Brian Chen, who conducted the interview. There are several really interesting questions thrown in, which gives us somewhat of an inside track to what Google is thinking with the Nexus line. One of the first questions was about prices, and how Google is able to pump out incredible devices but still keep the cost at a reasonable level. Lagerling had this to say:

[pullquote1 quotes=”true” align=”center” textColor=”#0efc0a”] Basically we felt that we wanted to prove you don’t have to charge $600 to deliver a phone that has the latest-generation technologies… We’ve all done the best we can to really reach these prices — $399, $299 is pretty amazing, if I may say so. [/pullquote1] 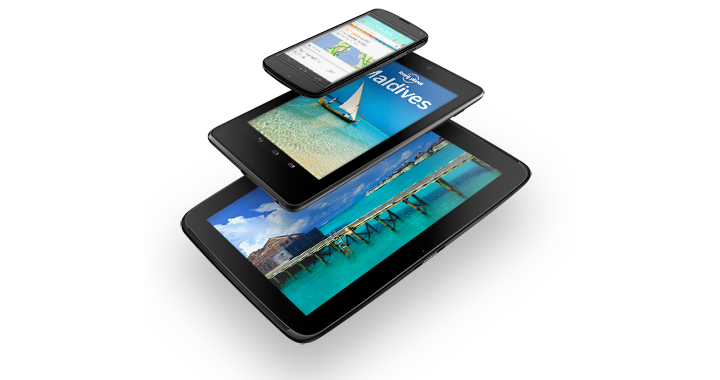 Okay, so lower prices are always good. But what about the diversity of the manufacturers? Chen asked Lagerling why Google went with LG, Samsung, and Asus for the respective Nexus 4, 10, and 7. The answer wasn’t necessarily what we were expecting, but it’s still interesting.

[pullquote1 quotes=”true” align=”center” textColor=”#05fc32″].. So Samsung just happens to be in a good phase match on a high-end display, which is exactly what we wanted to do at a low cost. LG had a good phase match with the hardware they were working on. Asus as well. It’s just more about the timing being right. We’ve always done that with our lead devices… And now we’ve sort of streamlined what the Nexus program is.[/pullquote1]

When asked about where Motorola fits in all this, Lagerling simply says that Motorola fits where every other company fits, and would bid for a Nexus device like any other competitor. But in response to how Google can take advantage of the Motorola acquisition, he had a bit more to say:

[pullquote1 quotes=”true” align=”center” textColor=”#00ff09″]There are players in the industry who were unhappy about more competitive pricing for the consumers. They want to keep the prices high, they want to force the price to be so high that operators have to subsidize the devices very highly… We simply believe there’s a better way of doing it without extracting that much payment from end users, because there are other ways to drive revenues. Patents were used as a weapon to try to stop that evolution and scare people away from lower-cost alternatives. And I think with the Motorola acquisition we’ve shown we’re able to put skin in the game and push back.[/pullquote1]

Here’s where it gets a little more interesting. One of the biggest complaints with the Nexus 4 is the lack of LTE, and the fact that T-Mobile is the only carrier officially offering the device. Chen mentions past Nexus devices being sold directly through Google, and how that venture wasn’t exactly successful. Lagerling gives a somewhat vague answer, but we’ve already heard from Andy Rubin about the LTE issue anyway.

[pullquote1 quotes=”true” align=”center” textColor=”#03ff0b”]Nexus One was very early. People didn’t know what Nexus was or what Android phones were. I feel we’re in a very different environment now and I feel the Nexus 7 has set the stage for the Nexus program at a new level, so we feel the time is right.[/pullquote1]

Moving right along, Chen references the reported 1 million Nexus 7 sales per month figure. Lagerling simply swats it away, saying that they haven’t announced numbers, but sales have exceeded their expectations.

Another aspect that’s not discussed very much is app scaling, and how/if developers are working to optimize their apps for tablets like the Nexus 7 and Nexus 10. This is a big deal when it comes to the classic iOS vs Android battle. John seems sincere in his answer, and provides some optimism for the near future.

[pullquote1 quotes=”true” align=”center” textColor=”#03ff03″]What I can say is that the Nexus 7 has been a superstrong catalyst to kick off developers’ attention to making those expansions, so we’ve seen tremendous growth in apps for the larger screen size. The trending is very positive because of the Nexus 7. But before, I’ll be honest and say, yes, there was a lack of tablet apps that supported bigger screen real estate. But I’ll add that, I know we talked about the Cupertino guys, but obviously people who have smartphones are a huge target for us. If you look globally that’s something we worry more about, not so much about competing with other smartphones, but more about, how can we get more people onto the Internet on mobile phones? And that’s a big deal. That’s why low cost is so important.[/pullquote1]

Closing out the interview, Chen asks one final question about how far Android has come in terms of development and software, saying that Android has become “more respectable.” Lagerling explained the growth and change quite eloquently.

[pullquote1 quotes=”true” align=”center” textColor=”#00fa1d”]We had such a long laundry list of things we wanted to do, and the fact we had to roll it out so it would work on a multitude of devices, it simply took a bit more time for us to get here. But the structure we’ve had for an operating system from day one including widgets, actual multitasking, notifications, it’s finally coming to its true form right as the software has come into final polish.We have the right teams and maturity to deliver what we’ve always wanted to do. I’ll admit we’re finally much more closer to our actual vision in the past year than we have ever been.[/pullquote1]

So, what did you think? Did John Lagerling answer any lingering questions you had about the Nexus line? Drop a comment below!