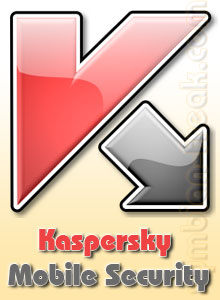 We told you last week about Eugene Kaspersky’s opinion on Android. He said that sooner or later, Android could dominate the market, with an over 80% market share, leaving Apple and RIM to fight for scraps. It looks like Kaspersky isn’t going to try to slow that down, as his company has just released an Android security app. Kaspersky’s Mobile Security 9 is now available for purchase for Android devices, with features like:

If you’ve never tried Kaspersky’s PC program, it’s very effective at sniffing out viruses and malware, and it looks like they’ve implemented that into their mobile app as well. There’s an automatic filter for pesky spam text messages or calls. Users can rest assured that they’re protected from viruses as well. Kaspersky Mobile Security 9 searches for and blocks any harmful malware, viruses, or any other threatening entities on an Android device. Last but not least, the owner can enable Kaspersky’s Privacy Protection mode, in which certain chosen contacts won’t appear in the address book, the phone will not ring if they call, and no notification will appear if they send an SMS message. This is a good tool to keep prying eyes away from certain information. So check out the Kaspersky Mobile Security 9 app and tell us what you think! 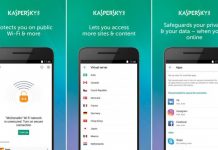 Kaspersky claims that the ‘Google Effect’ is real and dangerous