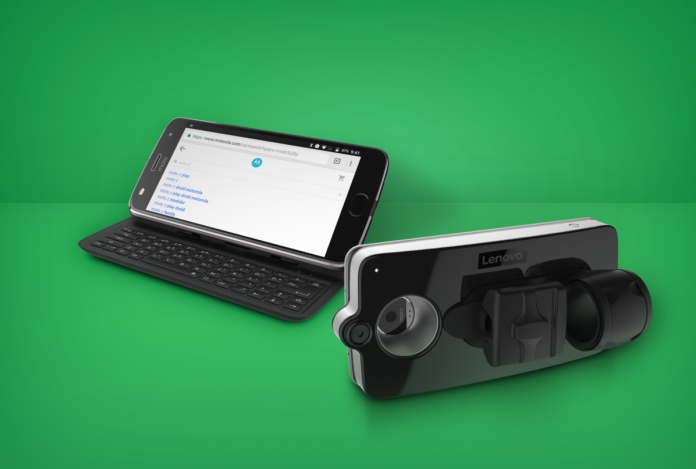 When Moto Mods were first introduced, we saw a completely new and unique take on modularity with our smartphones. Although some thought this was just a gimmick that would only last one iteration of devices, Motorola and Lenovo proved everyone wrong and has continued to release new Mods.

At CES 2018, while Motorola isn’t introducing any new smartphones, the company did unveil a couple of new Moto Mods. The first, and possibly most exciting, is a Moto Mod that made its start through Motorola’s “Transform the Smartphone Challenge”.

This Moto Mod is called the “Livermorium Slider Keyboard Moto Mod” and provides your compatible Motorola device with a full slide-out QWERTY keyboard. Now you won’t have to worry about taking up precious screen space when multi-tasking, as you’ll be able to just use the keyboard for input.

What makes this Moto Mod even better is the fact that you can actually tilt the screen up to 60 degrees, making it possible to type at almost any angle. The catch here is that we’ll have to wait a bit longer before being able to get ahold of this new Moto Mod.

Motorola claims that the Livermorium Slider Keyboard will be launching “later this winter” for just $99. This price is extremely tempting and will definitely be a hot commodity once it’s made available.

The other Moto Mod that was announced today is a slight bit more expensive, but is for those of you who need to keep track of your health. Lenovo has branded this Moto Mod as the “Lenovo Vital Moto Mod”.

The Vital Moto Mod is capable of measuring the following:

This may be one of the greatest ways to keep track of what your body is doing, especially if you already have a history of health issues. However, the Vital Moto Mod is priced at $395 and will be coming in April.

With a price of $395, this is definitely for those who are in dire need of health trackers, and want to experiment with new technology. However, considering the fact that you can get a brand-new Moto Z2 Force from T-Mobile for less, it’s hard to say whether this Moto Mod is really worth it.

We’ll be sure to keep everyone updated regarding the release of these Moto Mods, so let us know what you think and if you’ll be picking either one up.