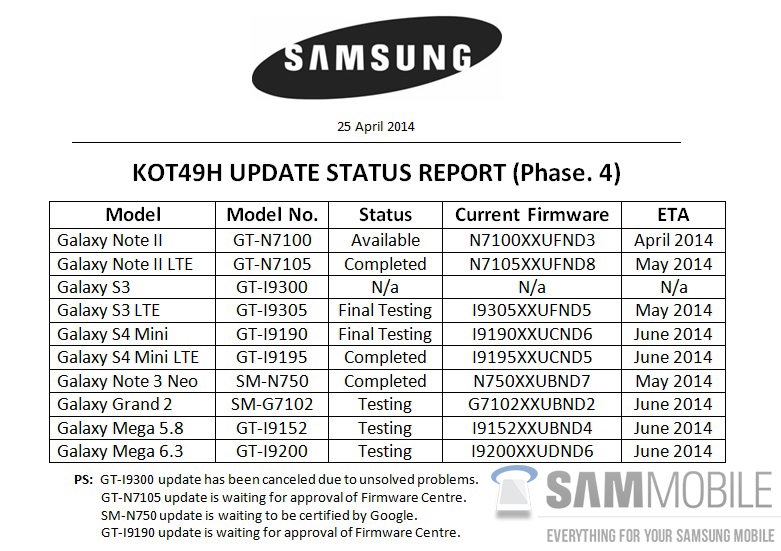 Samsung expects to deliver Android 4.4 KitKat updates to around eight smartphones before June is out, says SamMobile. According to the blog’s sources, a number of devices have already been cleared to roll with a handful of others still in “testing”. Between May and June we should see models such as the Galaxy Mega 5.8, Galaxy Note 3 Neo, and Galaxy S4 Mini picking up the update. Keep in mind this is for very specific model numbers and variants could be a few more weeks off.

One model not getting KitKat, according to SamMobile, is the international Galaxy S3. As to why, the site suggests it’s related to having 1GB RAM while everything else has 2GB. For what it’s worth, the LTE and U.S. versions have 2GB.

On the horizon, reportedly, is an Android 4.4.3 update for the Galaxy S5. It sounds as if Samsung may skip the 4.4.2 stuff and go right for the latest and greatest.