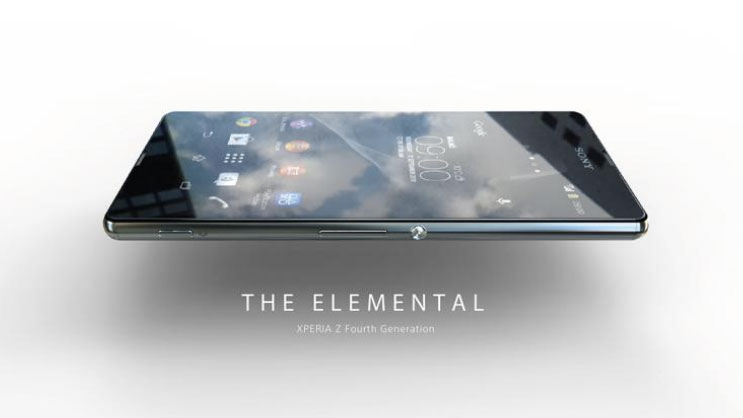 Sony’s flagship devices have become stale in recent years, with most enthusiasts agreeing that Sony makes good quality smartphones without the required innovation to boost sales. This has resulted in an overwhelming loss for Sony’s smartphone division (almost two billion dollars). Console sales are keeping the company afloat for now, but that might change soon with the Sony Xperia Z4 rumors painting a picture of a powerful new smartphone with perhaps enough changes from the previous generation to boost sales.

Note: This article contains some of the most popular leaks and rumors for the Xperia lines’ new generation, and will be continually updated to include more as they become available. New info will be marked with *UPDATE*

Very little has been leaked about the design of the Xperia Z4, however the few leaks that do exist seem very promising. The image at the top of this post (if you are on a mobile device, switch to the desktop version of the site to see it), shows an apparent leak from an e-mail between Sony executives. Gizmodo reveals that the message was between the Sony Picture Entertainment CEO (Michael Lynton) and the vice president of consumer marketing (George Leon), as the image is supposedly an official concept for the phone’s design that will be showcased in a new James Bond movie called “Spectre.” The concept art above seems to further solidify the idea that Sony has decided to take a somewhat more futuristic approach to designing the handset. The new model doesn’t do away with much of the company’s previous design though, as it is still very square and button placement does seem to have remained the same.

*UPDATE*  It seems Sony is sticking with the design of the Z3, as some leaked renders and photos suggest. There are some minor changes to the design, like the button placement, but overall it is the same. The articles with some pictures are listed below, along with some new ones picked up from a source in South Korea.

Two additional variants of the Xperia Z4 are rumored to be in the works as well, the Z4 Compact and Z4 Ultra. GSM Arena cites a Japanese Blog as confirming the release of the two Z4 variants. Unfortunately I do not speak Japanese, and the Google Translated page makes little sense, so we’ll just have to take their word on this one.

*UPDATE 1 (1/22)* According to GSM Arena, there is currently work being done on a dual-sim version of the Z4. No hardware changes will be made in that version other than the addition of another sim tray.
*UPDATE 2 (1/24)* According to International Business Times the Z4 Compact may in fact be a “007 James Bond” version. This could mean a different look and slightly changed software.

5.5 inches seems to be the consensus when it comes to the rumors on the Z4’s display. Resolutions from 1080p up to 4K have been “whispered” around the web, though a QHD (2560×1440 pixels) is the one most frequently seen. The Z4 Compact and Ultra are said to be 4.7 and 6.44 inches respectively. Most rumors on the web seem to agree that the Compact will sport a 1080p display, whereas the Ultra will sport a 4K display.

According to Android Origin, the newest flagship from Sony will have specs to match the smartphones of the future, with:

The phones should also include all the newest wireless sensors such as bluetooth 4.1 and Wi-Fi a/b/g/n/ac. All three variants are also said to be IP68 water and dust resistant. The only significant reported difference between the variants’ hardware is that the Z4 Ultra may include a stylus in order to better compete with the likes of the Samsung Galaxy Note 4.

*Note: The newest leak from TechRadar seems to suggest a Qualcomm Snapdragon 805 will be used instead, though this will soon be outdated and all other leaks I’ve seen have pointed to the 810 instead. 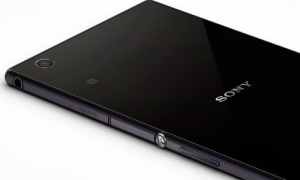 Cameras on smarphones are continually getting better, and the rumors for the Z4’s cameras show no signs of slowing down.

Supposedly the Z4 Compact and main variants will have the same 5 megapixel front-facing camera, paired with a 20.7 megapixel rear-facing shooter. The sensor is reported as being quite large for these cameras, which should help improve low-light performance.

The Z4 Ultra however is said to include a 16 megapixel rear-facing camera, with a smaller sensor than the other two devices.

Audiophiles rejoice, for most rumors of the Xperia Z4 include some pretty major audio enhancements. An amplifier, paired with better stereo separation in the loudspeakers should improve on the previous generation’s audio quality. The walkman app included with all Xperia devices should also be getting a major update, as reported by Digital Trends, most likely because of the Sony Walkman ZX2, which is an audiophile based music player going for $1200 in the US. If you’d like more information on the ZX2, check out our article here.

Not much has been said about the OS for the Z4 at all, however this picture was also leaked in the e-mail between Sony execs: The image suggests some kind of newly designed lockscreen, and possible even an adaptive display of some kind (though they could just have set it up nicely too).

So when can you get your hands on these devices? Rumors and leaks point to around November 2015 for the variants, which is still quite a ways away unfortunately. The release of the Compact and Ultra variants may have been delayed due to complications with their CPU’s (there have been rumors of overheating). It’s not all bad news though, as the main Xperia Z4 variant is rumored for a May 2015 release which is only a couple of months away!