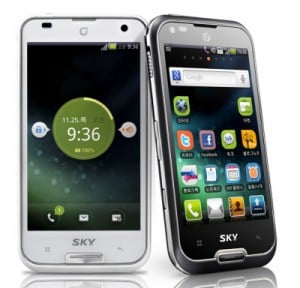 Why does it seem that Korea get’s a lot of the cool new toys first?  Perhaps it is something to do with the big companies doing the manufacturing being located there.  Anyhow, telecomskorea.com is reporting that Pantech is launching an Android phone that uses DDR2 memory under the hood, reportedly making it 1.5 times faster than traditional smart phones. Where it is said to really shine is in web browsing.  A quote from the article:

Pantech, the third-largest smartphone maker by unit sales, after Samsung and Apple in the local market, introduced a DDR2 memory smartphone, called Vega Xpress for KT and LG Uplus customers. This utilization of DDR2 memory is a first among Qualcomm chip-based smartphones in the world, the company said. Thanks to DDR2 memory, the Vega Xpress is 1.5 times faster than a normal smartphone and offers PC-level speed in Internet browsing, application speeds, and gaming. Based on Qualcomm’s MSM8225, the Android-based smartphone is enhancing 3D graphic processing with an increase that is two times faster than before and increasing power efficiency by up to 2 or 3 times, Pantech said.

Not sure if the addition of the DDR2 is really going to make any noticeable difference, time will tell.