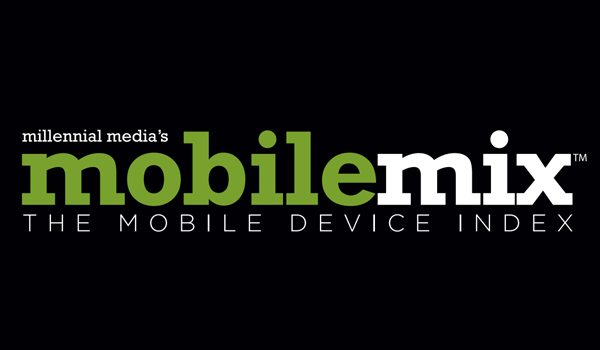 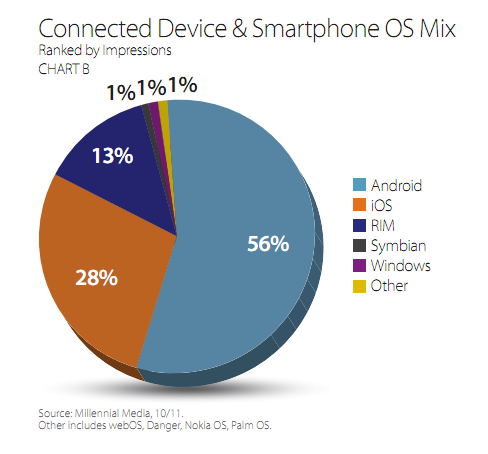 The newest Mobile Mix report is out, giving us a decent look at the mobile landscape  through October 2011.  There’s not a ton new this time around however we figured some of it was worth sharing.  Android, as a platform, remains the top mobile platform on the network at 56 percent, even after factoring in smartphones and other connected devices.  Apple, for its part, follows in second place at 28 percent.  In terms of ad spending, Android also leads all at 50 percent share.

Samsung has made some movement, growing 7 percent month-over-month and accounting for six of the top twenty phones on the Millennial Media network.  Making their debut on the top 20 this month were the Nexus S and Galaxy S.

Other noteworthy bullet points from the October report.