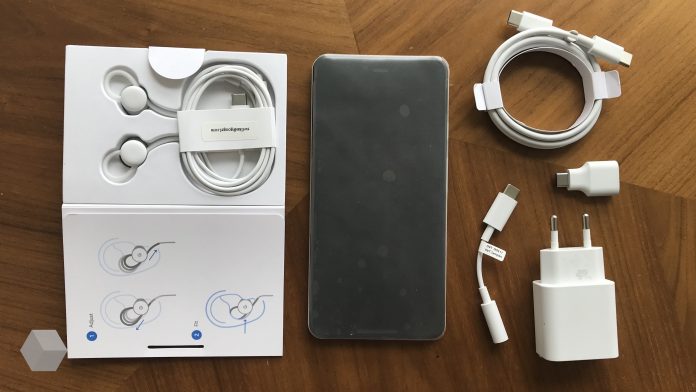 Yet another leak has surfaced ahead of the Pixel 3 XL launch. In the last big leak, we learned it would come with a pair of USB-C headphones, confirmed the specs, and the huge notch. This time around, we’re getting sample photos from the camera and confirmation of wireless charging.

A Russian blog got awful lucky and happened to snag one of the official Pixel 3 XL units early. On one of his posts at the Rozetked blog, he shows off the Pixel 3 XL in a gallery of photos from every angle. Unfortunately, the huge notch and chin are still present and that wasn’t some hoax played on us.

He goes on to list the specs, confirming what we already knew. It is powered by a Snapdragon 845, 4GB of RAM, features a 2960 x 1440 display with a notch, includes a pair of USB-C headphones, and is running Android 9.0 Pie.

The big shocker comes later from a Twitter post, where he drops the Pixel 3 XL on a Qi charger and confirms it will have wireless charging this year.

In yet another post on the Rozetked blog, he throws a bunch of photos taken from the Pixel 3 XL showing off what the new Google phone is capable of. Anyone who has used a Pixel previously knows how impressive the photos can be. The Pixel 3 XL once again does not disappoint in this area. The sample photos show vivid blue skies, plenty of a detail, and a beautifully balanced exposure.

The EXIF of the photos displays the camera as QCAM-AA which seems a little suspect. However, it is not that unusual for preproduction hardware. It is a little unusual for what should be a retail unit, but most likely it hasn’t gotten the final software update. For now, we’ll just have to take his word for it and the fact that he posted so many photos of the device makes it pretty reliable.

If you’d like to view even more of the photos for yourself, he included a Google Drive link with the full resolution samples. Now, all we have to do is wait for October 4th when the Pixel 3 XL should be launched officially.