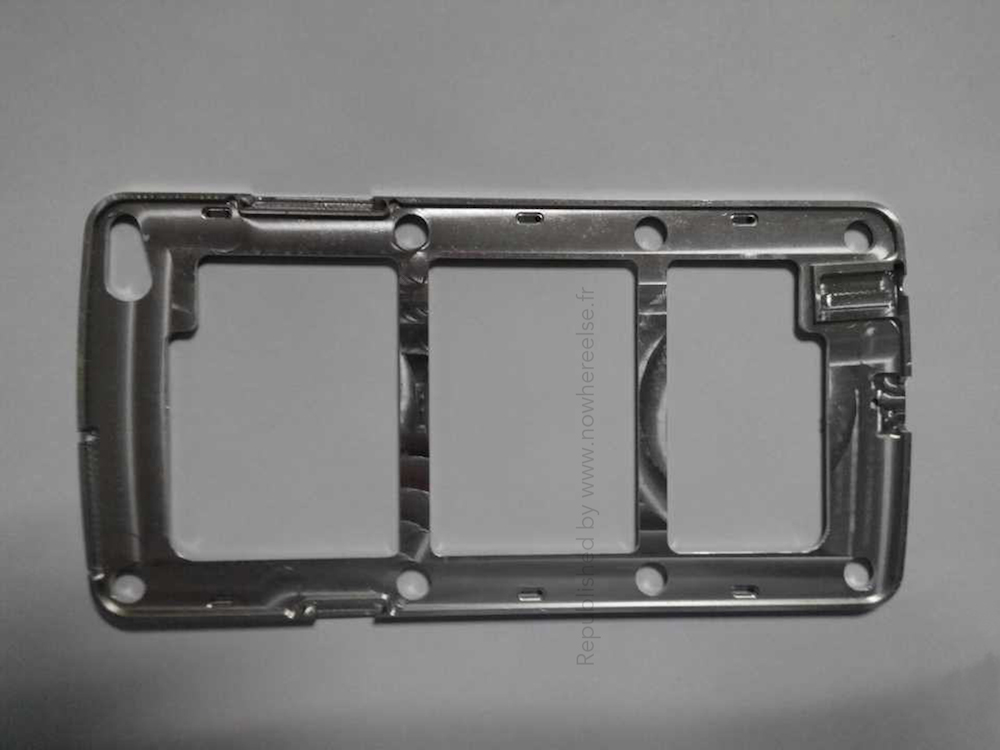 Pictures surfacing in France today may provide our first look at the chassis or casting mold that helps constitute the Samsung Galaxy S5. Then again, we might be viewing the innards of a rumored Galaxy F series, too. Whatever the case, the device looks to feature a metallic chassis, a rarity in Samsung circles.

Looking at the photos we can surmise that Samsung will move the headphone jack to the bottom of the device while also sliding the camera out to edge of the device. The place at the bottom where we normally find the microUSB port appears to be widened, leading some to believe this is a USB 3.0 port a la the Galaxy Note 3. 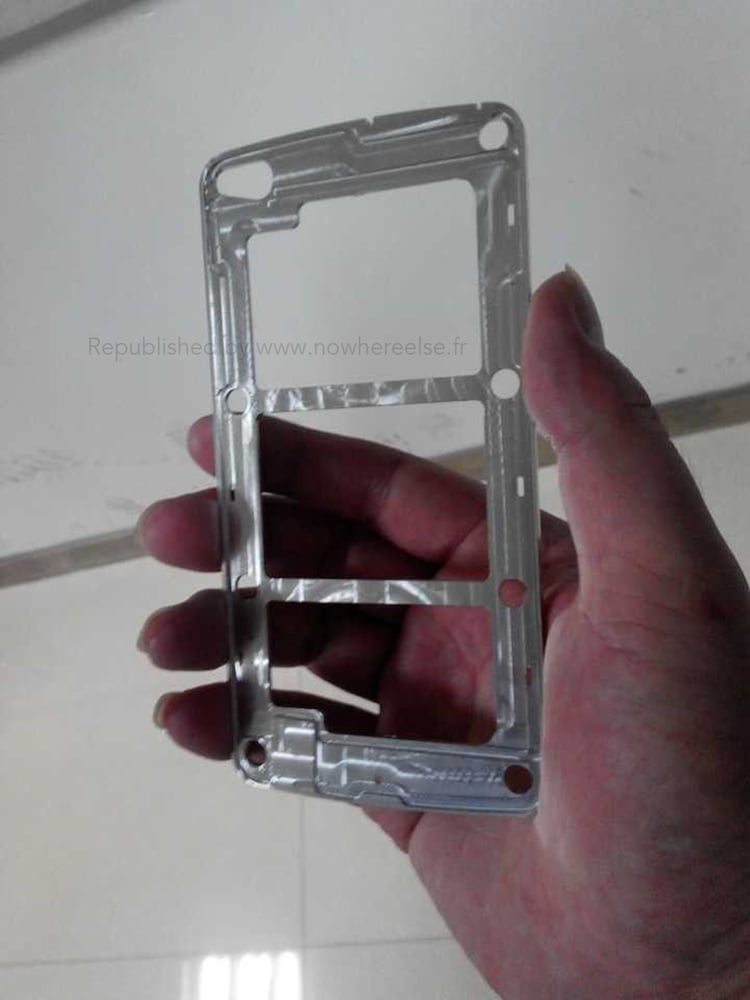 It’s fairly early in the game to be talking about a successor to the Galaxy S4 but we do expect Samsung to be knee deep in development. As for the rumored Galaxy F series, this could be the starting point for the new “premium” line of handsets. Other rumored specs are said to include an octa-core processor, 16-megapixel camera with OIS, and… a metal casing

Pretty exciting stuff, if you ask us. A metal design in a future Samsung phone could see them chip away even more at the competition. This is, of course, provided this particular stuff is inside a future Samsung smartphone.