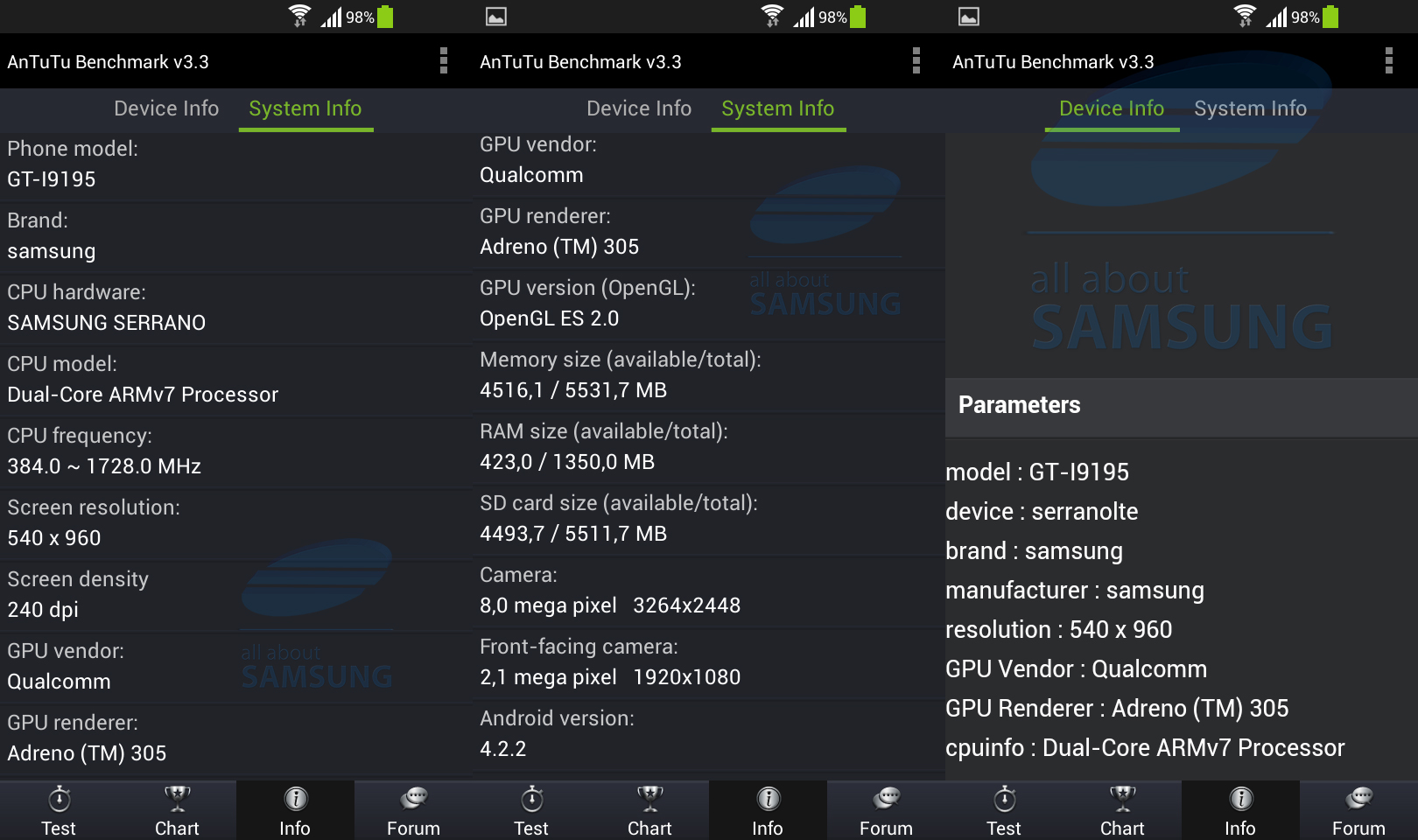 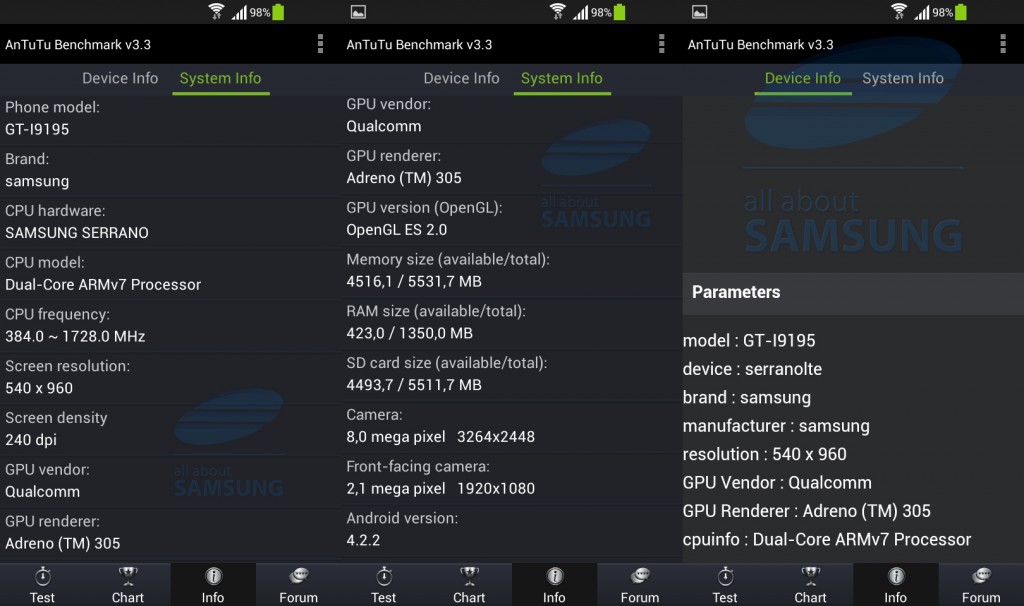 The upcoming Samsung Galaxy S4 Mini should not only be smaller than the flagship experience, but it could also be less powerful as well.

German tech site All About Samsung stumbled across some benchmarks which show the yet announced handset as having a Qualcomm dual-core Snapdragon 400 processor, 1.5GB RAM, an 8-megapixel rear camera, and 2.1-megapixel front-facing camera. Powered by Android 4.2.2 Jelly Bean, the screen looks to be a 4.3-inch Super AMOLED display at 960×540 resolution.

Just for the sake of comparison, the Samsung Galaxy S4 employs a quad-core Snapdragon 600 processor, 2GB of memory, a 5-inch display, and a 13-megapixel rear camera.

Although Samsung has seemingly confirmed the Galaxy S4 Mini, it has been rather coy about the details. Presumably, Samsung announces the handset at the June 20 event.

All About Samsung via Engadget