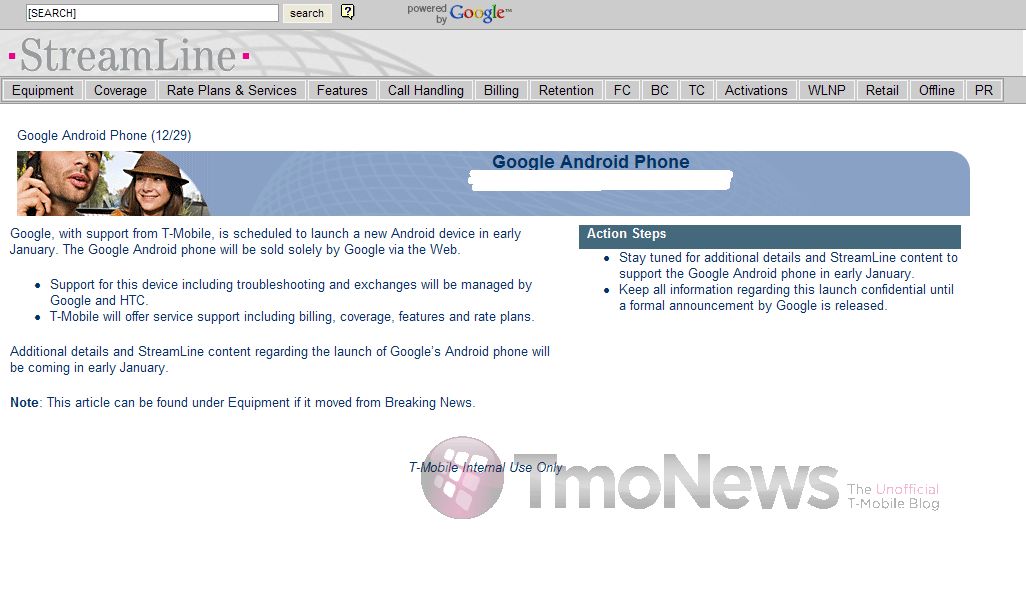 The images to the left of this paragraph and below are the most solid indication of the Google Phone (Nexus One) and the plans for it.Â  We’ve been hearing for a few weeks now about a rumored January 5th date for launch or announcement and these seem to help substantiate that.Â  Also a commonly spread .Â  The sources for these two pictures are Boy Genius Report and TmoNews tipsters and both essentially say the same thing.

As it looks, the Nexus One will come from Google via the internet with carrier support from T-Mobile.Â  An update to TmoNews article says to look for a January 5th 9:00AM sale.Â

The second, smaller image is harder to read but the text has been transcribed. 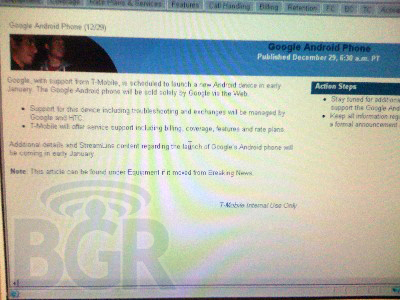 Google, with support from T-Mobile, is scheduled to launch a new Android device in early January. The Google Android phone will be sold directly by Google via the Web.

Support for the device including troubleshooting and exchanges will be managed by Google and HTC. T-Mobile will offer service support including billing, coverage, features, and rate plans. Additional details Streamline content regarding the launch of Googleâ€™s Android phone will be coming in early January.

This will be a very exciting few days!Â  Will the Nexus One steal the CES thunder? 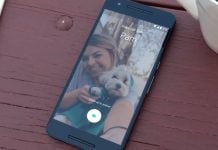