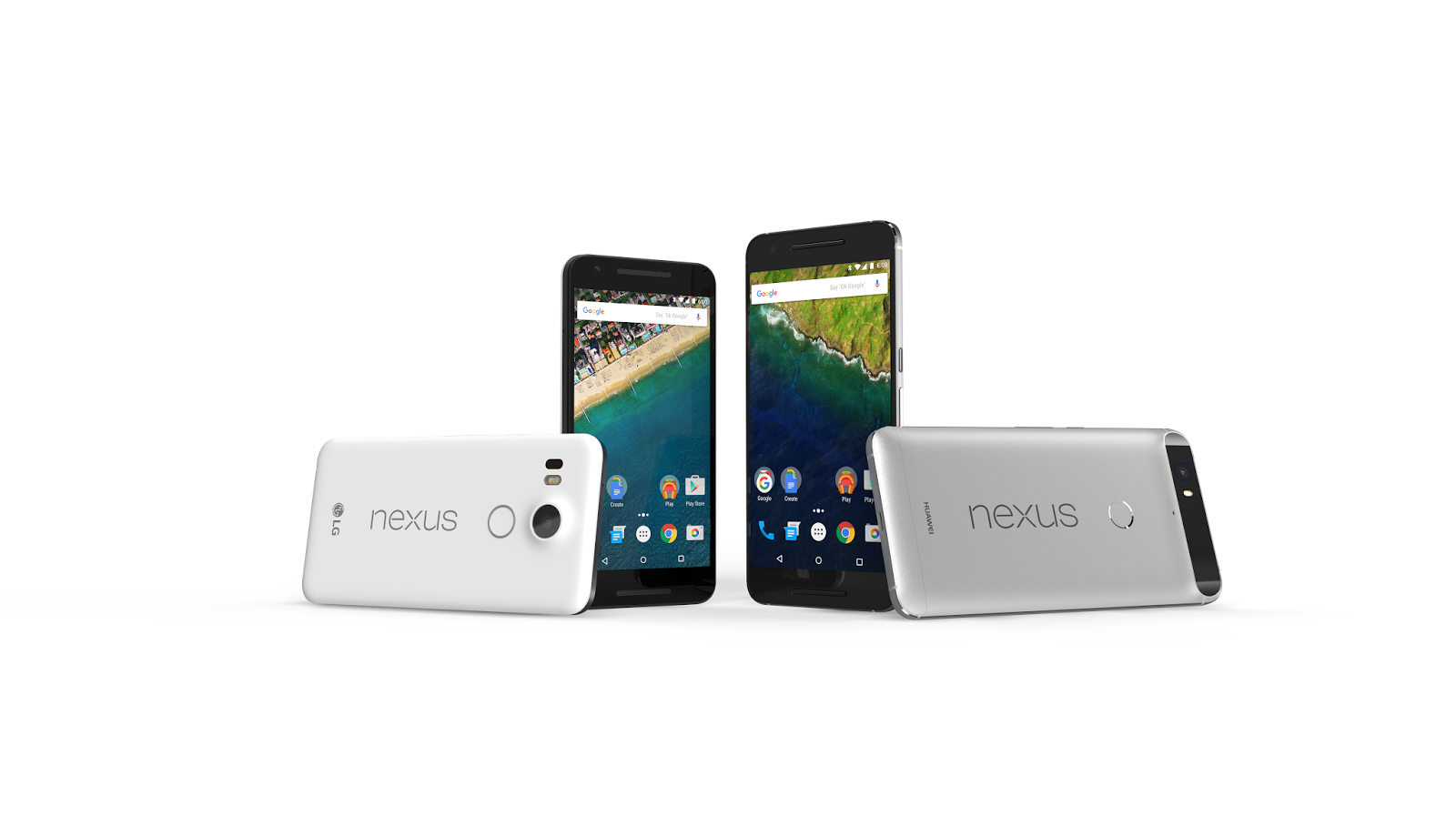 After leaks and rumors and rumors and leaks, Google has finally, OFFICIALLY, introduced the new line of Nexus devices. In a new move for the tech giant, we are now seeing two new Nexus phones announced at the same time. Previously, Google only announced one Nexus phone per year, but with the LG Nexus 5X and the Huawei Nexus 6P, they have changed things up a bit.

The LG Nexus 5X has been rumored since the beginning of the year, and as the leaks kept rolling, the anticipation continued to grow. Much of the anticipation was due to the love that Nexus users had for the original LG Nexus 5 which was released in 2013.

The Nexus 5X will be running Android 6.0 Marshmallow out of the box, making it one of the first two devices that will see the latest version of Android. With a 5.2-inch, 1080p display, the Nexus 5X is keeping a smaller form-factor for those who don’t want a gargantuan like the Nexus 6P or its predecessor, the Nexus 6.

As for the camera, Google and LG have added new camera sensors into the Nexus 5X. To take some awesome selfies, there is a 5MP front-facing camera with an aperture of f/2.2, allowing for more light to shine through and light up those faces. The rear-facing camera has been updated to a 12MP camera with an f/2.0 aperture, laser-assisted auto-focus, and the ability to shoot videos in 4K.

Under the hood we will find a Qualcomm Snapdragon 808 1.8 GHz Hexa-Core processor with 2GB of RAM. You will also find an Adreno 418 GPU powering the graphics for the Nexus 5X. In terms of storage, the Nexus 5X will have two options, a 16GB variant, and a 32GB variant, with no-inclusion of a Micro-SD card slot.

Now for some of the fun additions to the Nexus 5X, compared to the Nexus 5 and Nexus 6. The Nexus 5X will feature fingerprint scanner, which lines up perfectly with the release of Android Pay and the current push to have mobile payments become the norm. The Nexus 5X will also feature USB Type-C with Quick-Charging capabilities, which hopefully, will make up for the lack of wireless charging that has been found in every Nexus since the Nexus 4.

The Nexus 5X will come in three color variants; Charcoal Black, Quartz White, and Ice Blue. Preorders for the 5X start today, and will start at $379.99 with the device shipping in October. Additionally, if you preorder the Neuxs 5X, your device will come with a $50 Google Play credit.

Huawei has been making quite the impression over the last year or so with devices like the Huawei Watch, and the Mate S which features Force Touch technology. It’s not known why Google chose Huawei to make the Nexus 6P, but we can only speculate that it’s due to how beautifully designed the other products from Huawei are.

It wasn’t long after rumors of the Nexus 5X started to crop up before we started seeing information leaked about the Nexus 6P. Now that the device has been officially unveiled, we have all the pertinent information that you will need before making the decision to pull the trigger.

Sporting a 5.7-inch 2K QHD AMOLED display, with Corning Gorilla Glass and a 518ppi, the Nexus 6P’s display promises to be absolutely stunning. Hidden beneath the display is the Qualcomm Snapdragon 810 v2.1 processor powered by 3GB of RAM, and an Adreno 430 GPU.

For the camera, the same 12.3MP rear-facing camera that is found in the LG Nexus 5X, will be found in the Huawei Nexus 6P. The front-facing camera is actually a bit better than that found in the 5X, clocking in at 8MP. This will make the Nexus 6P a selfie-machine, if that’s the sort of thing that floats your boat.

The Nexus 6P is also coming in with a 3450mAh battery which, coupled with Doze power management, should allow this device to last all day, if not longer. Battery life on Android has been a hot-topic of debate when you consider the issues that are still being had with Android Lollipop, so it’s nice to see Google listening, and implementing a larger battery in their top-of-the-line Nexus device.

The Huawei Nexus 6P will be available in three different storage capacities; 32GB, 64GB, and 128GB, making the Nexus 6P the first Nexus device with 128GB of storage available. For those who were hoping the rumors were true, you will be disappointed as neither Nexus features support for a Micro-SD card, even though Google has integrated MicroSD card compatibility throughout Android 6.0 Marshmallow.

Also like the LG Nexus 5X, the Huawei Nexus 6P will feature USB Type-C, with Quick Charge capabilities. Just a reminder, those awesome wireless charging stands that you currently have, will now be useless with these new Nexus devices as Google has ditched Wireless Charging support. We can assume that this was because Quick Charging seems to be moving in the right direction, quickly, and definitely has more benefits than having your device slowly charge wirelessly.

Finally, the Nexus 6P will include a fingerprint scanner on the back of the phone, similar to the one that can be found on the Nexus 5X. We won’t know exactly how well these will perform compared to the Galaxy Note5, OnePlus 2, or iPhone, but it’s definitely a welcome sight to see in today’s day and age.

You will be able to get your hands on the Nexus 6P in October, and the device will come in three different color variants; Aluminum, Frost, and Graphite. With pricing starting at $499, you’ll be able to pick the capacity and color you want, and get the greatest Nexus device to date.

Both of these devices will the first to be shipped with Android 6.0 Marshmallow. Unveiled at Google I/O 2015, there are a slew of new features that will be coming with these devices, including built-in support for fingerprint scanners. This means that it will only be a matter of time before we see applications (i.e PayPal) updated with support for fingerprint authentication instead of entering a password or pin.

Additionally, Google is hoping that their Doze features will increase battery life by at least 30% for those older Nexus devices, and announced which devices will be seeing an update to Android Marshmallow.

Official support for the Nexus 5 is a bit surprising, but maybe Android 6.0 will be optimized enough to run well on the 2-year old device. Google announced that the update will begin rolling out to these devices in the coming weeks, so if you haven’t been running the Developer Preview, you’ll be able to get your fingertips on Android Marshmallow in no time.

In addition to improved battery management and support for the fingerprint scanners within the OS itself, Google is rolling out Now on Tap, which will come in extremely handy once everyone can get a hold of it.

Although these two devices stole the show, there was a whole lot more information shared with the world at today’s event. Be sure to keep your eyes peeled for information regarding the other announcements from today’s event. In the mean time, let us know what device you think you’ll be picking up that was announced today.