Being an Editor gives me a little more creative freedom to write what I deem valuable to you readers. We’re supposed to write about things related to Android or mobile technology, and having the power to write gives me the ability to help spread the word for something I feel passionate about – that is mobile technology, programming and robotics.

It’s 11:30pm right now, and I just got an email about a Kickstarter project that can help kids and adults learn how to build a WiFi robot through a monthly subscription kit. I was ready for bed, and have work bright and early in the morning, as my primary job is at a biotech in San Diego looking to discover the next treatment for neurological related diseases.

Part of my work responsibilities are developing and using robotics and automation to make me faster and more efficient than your traditional Medicinal chemist. Being faster helps us develop treatments for Alheizmer’s, Parkinson’s, PTSD, Tourette’s, Schizophrenia and more life changing diseases while bringing down the cost of medicine.

So while I could be watching Netflix in bed, I am here to bring you a story that is worth taking a look at. My father inspired me when I was a child to make a difference through science, and I am using the power of writing to pay it forward.

The company Thimble was founded by two guys, Oscar Pedroso and David Brenner in Buffalo, New York. They currently have 17 days remaining on a project on Kickstarter that aims to help kids and adults learn how to build and control robots through monthly kits. This project has even garnered the attention of White House CTO, Megan Smith who connected Thimble to the Boys & Girls Club of America.

Thimble is a monthly subscription service that delivers an orange box of components and instructions to build a specific kind of device like a fun toy or something useful. The pieces in the orange box helps kids and adults develop hands on skills for getting into robotics and programming. Best of all you can control the assembled kit from your Android smartphone or tablet(iOS as well).

The first kit breaks down the barriers into learning and is a little robot with 16 parts. Right now you can get into the project for $69 plus $6 for shipping. Better yet, you can help pay it forward by donating a kit to the local Boys & Girls Club in Buffalo so kids can learn skills to become a future engineer or programmer. 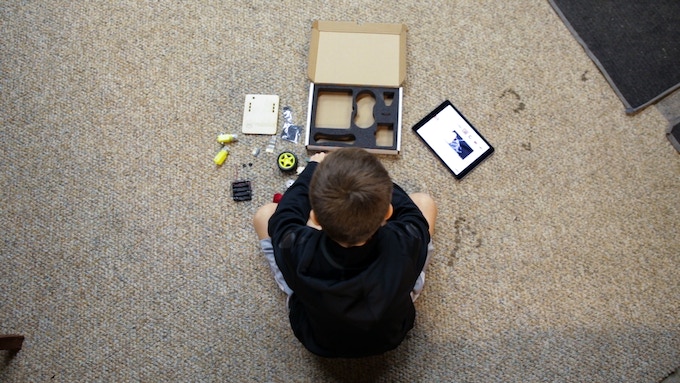 By making the Wi-Fi robot, you will: 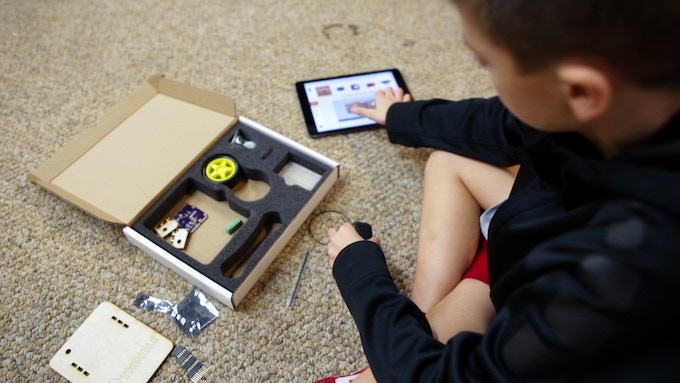 Kids and adults want to be creative and develop the right technical skills to build something fun and useful. But they’re hesitant to jump in because:

The Wi-Fi robot is built around the Arduino microcontroller platform which may or may not be included in the kit depending on the reward level you select. The robot shield plugs into the Arduino and contains the motor controller and wifi module. You program the firmware (low level software) on the Arduino to talk to the Wi-Fi module in order to connect to your wireless network and receive commands from the internet to control the motors and make the robot move. The Thimble app that you program (for Android or iOS) then talks to the Wi-Fi module via the internet (UDP packets, specifically) to discover the robot on the network and send it commands to move forward, backward, left and right. We also show you how to add buttons to the app to read from sensors that you can add to the robot.

Oscar and David did a pilot program with the Boys & Girls Club in Buffalo with 12 kids, and after the kids had the opportunity to build and play with the kits, nine of them wanted to become engineers and further pursue paths in software and hardware.

Our future depends on the next generation to bring us technology that will change the world for the better. Thimble is here to help inspire and educate kids and adults alike though its monthly subscription kit. The Kickstarter project is already fully funded, but with more support we can invest in our future through our children. People like Steve Jobs, Bill Gates, Larry Page and Sergey Brin were all inspired at an early age. They’re a rare breed, but they all had to start somewhere.

Let’s do what we can to help Thimble inspire the next generation. Learn more at Kickstarter.com. 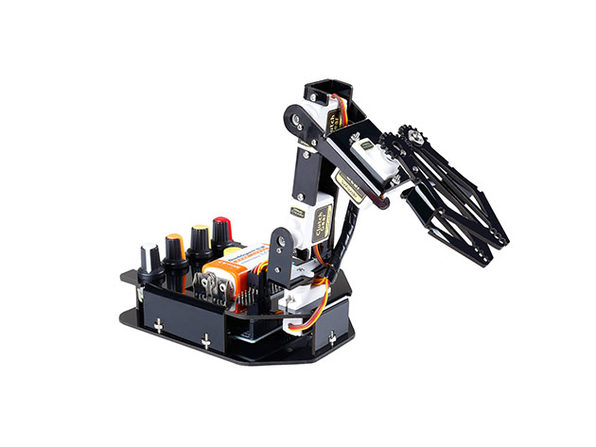 Save 21% on this robotic arm for your Arduino 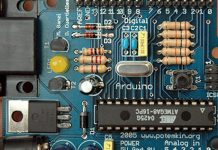 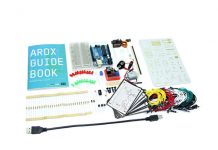