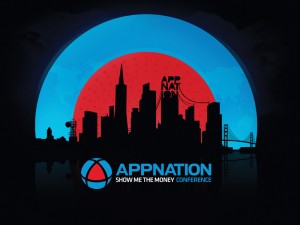 Last October, we sent one of our editors, Ray Walters, to the APPNATION Conference in San Fransisco, where he reported on the event and got to talk with some movers and shakers in the mobile industry.  Ray said the biggest takeaway he had was that the conference was uniquely geared towards the questions and needs for developers both large and small, and putting devs in the room with people that can help.  We are excited to announce that we will be sending Ray out again this April to cover the next installment of APPNATION, and we have some good news about the pricing for the conference itself!

Listening to feedback from last year, the APPNATION staff went back to the drawing board to create a package for smaller developers who perhaps have less resources that bigger studios.  For $195, smaller developers can sign up and get what is called the “Innovator Package”, which has some cool things along with it, check 0ut the details after the break.

That is a great price for this conference, and a great opportunity if you are a smaller or solo dev.  Go to the APPNATION Website to get signed up! Make sure to find Ray on the floor for an interview!