LeEco is a company with a wide vision and a passion for a lot of tech niches. Back in November we told you that LeEco was going through some dark times, as it realized its ambitious plans left it without sustainable cash flow.

LeEco’s CEO even sent out a letter to employees in which he apologized extensively, while also pledging to cut his salary to only 1 yaun / 15 cents.

Well as it appears, the company’s downfall continues on. Last year, when the device maker entered the US market it also acquired a 49-acre property in Silicon Valley from Yahoo which was supposed to be turned into a sort of campus for the company’s employees. The EcoCity should have housed up to 12,000 LeEco staff members.

As it turns out –  the project won’t become a reality anytime soon. According to Reuters, the Chinese hardware maker has sold its Silicone Valley property to the Genzon Group, which purchased it for $260 million. LeEco’s ownership spanned over less than a year.

On top of that, we’re told that LeEco significantly reduced the number of employees it has setup in Silicon Valley – so more than ever things don’t appear to be going into the right direction for the Chinese conglomerate.

Despite the grim outlook, last week LeEco announced it was expanding its retail availability in the US by partnering up with retailers like HSN, BrandsMart USA and Fry’s. Previously LeEco products could have been purchased from BestBuy, Target and Amazon.

The Chinese device maker also does its best to be in the spot light. Back in January, LeEco had a Super Bowl 2017 contest running which offered a full expenses paid trip to the game plus other goodies.

Still the US market is a competitive one and LeEco has spread its threads into so many niches, it’s unable to produce enough profit to maintain afloat. Perhaps LeEco should learn the world “moderation”.

[Update]: LeEco has sent us a statement which reads as follows:

“We’ve always envisioned EcoCity would be an open environment that would be a place for our employees, our partners and the community to collaborate.  LeEco has been working to identify additional investors as well as a development partner but we have nothing to announce at this time.“ 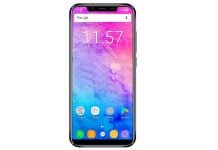