Lenovo has helped Google lead the way with Smart Displays. They were an original partner with the new generation of visual smart home products. Now, Lenovo is back with a smaller version we’ve all been waiting for: The Lenovo Smart Clock.

Honestly, since Smart Displays were announced, I was disappointed that there wasn’t an Echo Spot version to use as an alarm clock. Lenovo has essentially solved this issue with Smart Clock. The new addition to the smart home is a smaller companion screen to fill the gap between phones and full-fledged Smart Displays.

The 4-inch bedside gadget has a limited use case that equates to a slimmed down version of its larger sibling. You can set alarms, check calendar appointments and weather, as well as control audio playback. The full array of Google Assistant voice commands are on board too.

One thing that is hampered a bit is Chromecast, but in a way that makes sense. You can Cast audio but not a video to the Smart Clock. Lenovo says this was a conscious decision due to the smaller form factor and we’d tend to agree it’s the right move.

The design of the Smart Clock is very appealing and fits well with other Google endorsed Home devices. The display is wrapped in woven fabric that immediately reminds you of the Google Home Mini and Home Hub.

Up top, you have volume rockers with a touch-enabled strip in between. This is used for pausing audio and dismissing alarms. The rear of the device has an AC power port, mic mute switch, and USB-type A for charging your phone without the need of another outlet. 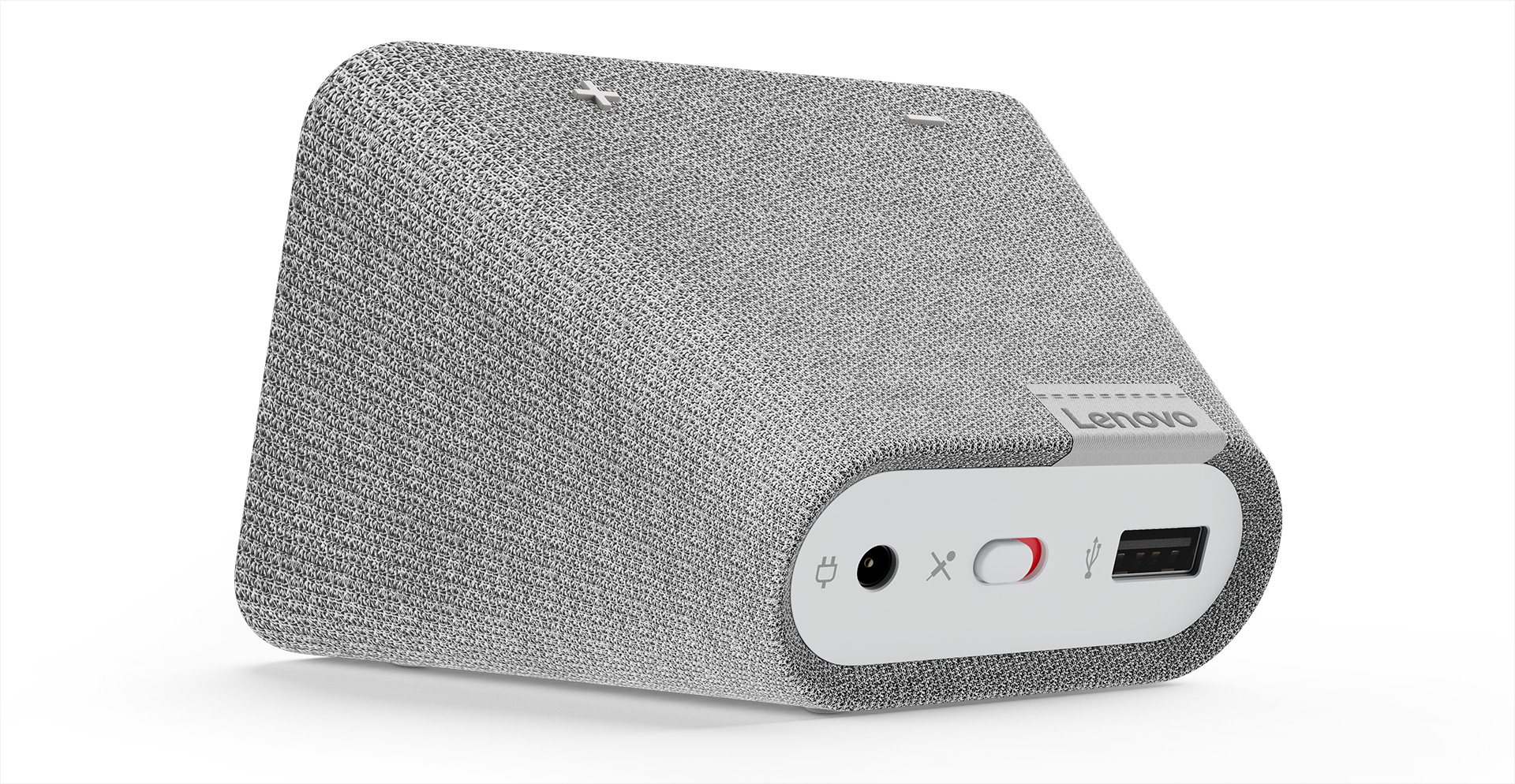 Lenovo has set the price of the Smart Clock at $79.99 with availability vaguely up in the air as “late spring 2019.” Personally, I think it should bump this timetable forward as much as possible. The Smart Clock is a device that just may be a big hit for the company.