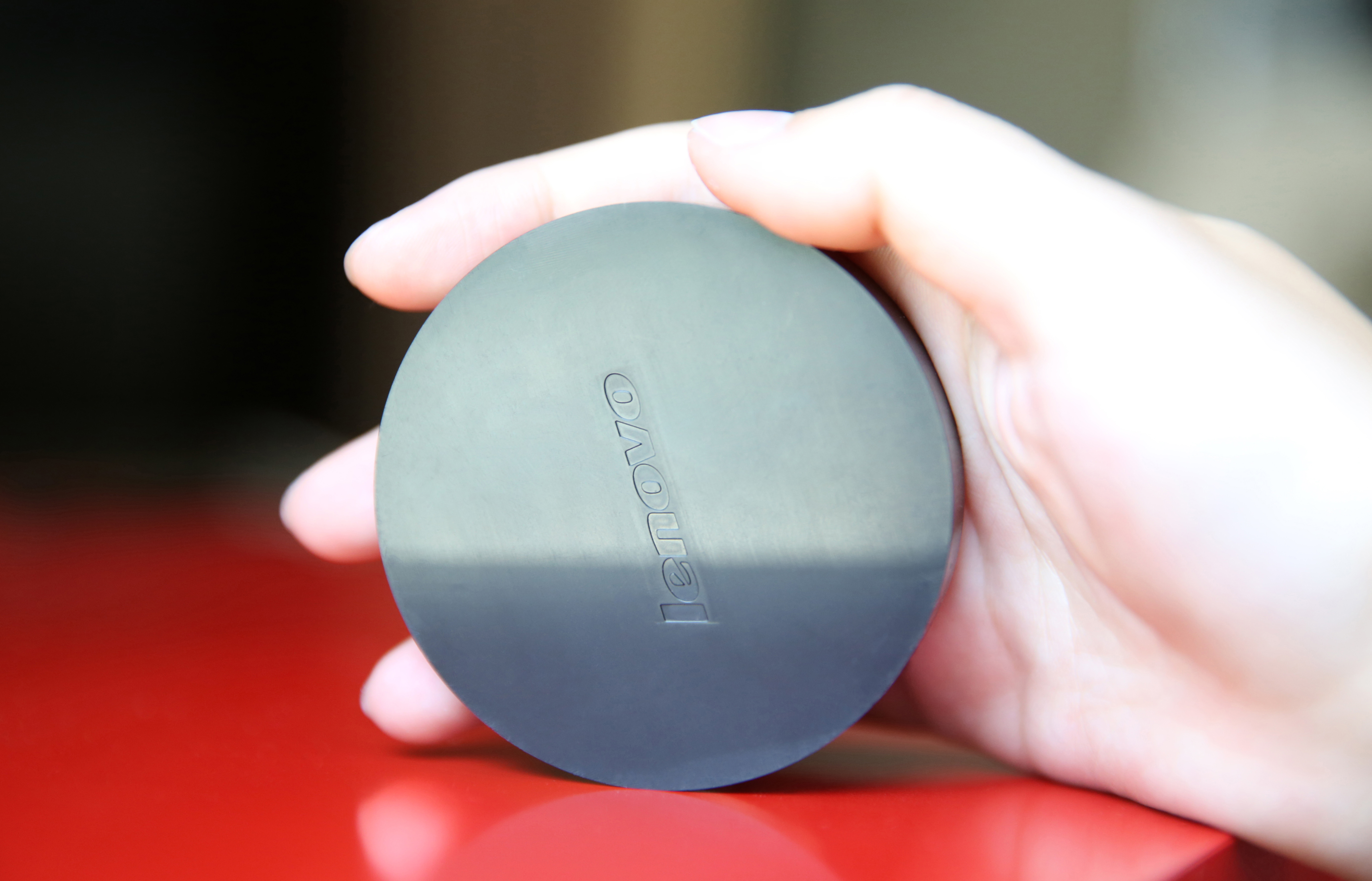 Lenovo has declared war against Google by announcing its own media streaming gadget that is compatible with Android, iOS as well as Windows devices. Costing merely $49, the fancy looking Lenovo Cast connects to TV and other large screens via HDMI port, and streams media to bigger screens.

Unlike the Chromecast that is reliant on Wi-Fi to establish a connection between a mobile device and a big screen, the Lenovo Cast uses Miracast and DLNA – something that almost every Android device comes preloaded with. Once the media streaming device is attached to a TV, it is capable of mirroring your phone or tablet’s screen to TV.

The Lenovo Cast supports 5GHz Wi-Fi networks, which is definitely better than the Chromecast. And if you count its compact look and compatibility to devices across entire mobile ecosystems, the Lenovo Cast is going to be a great buy this August.