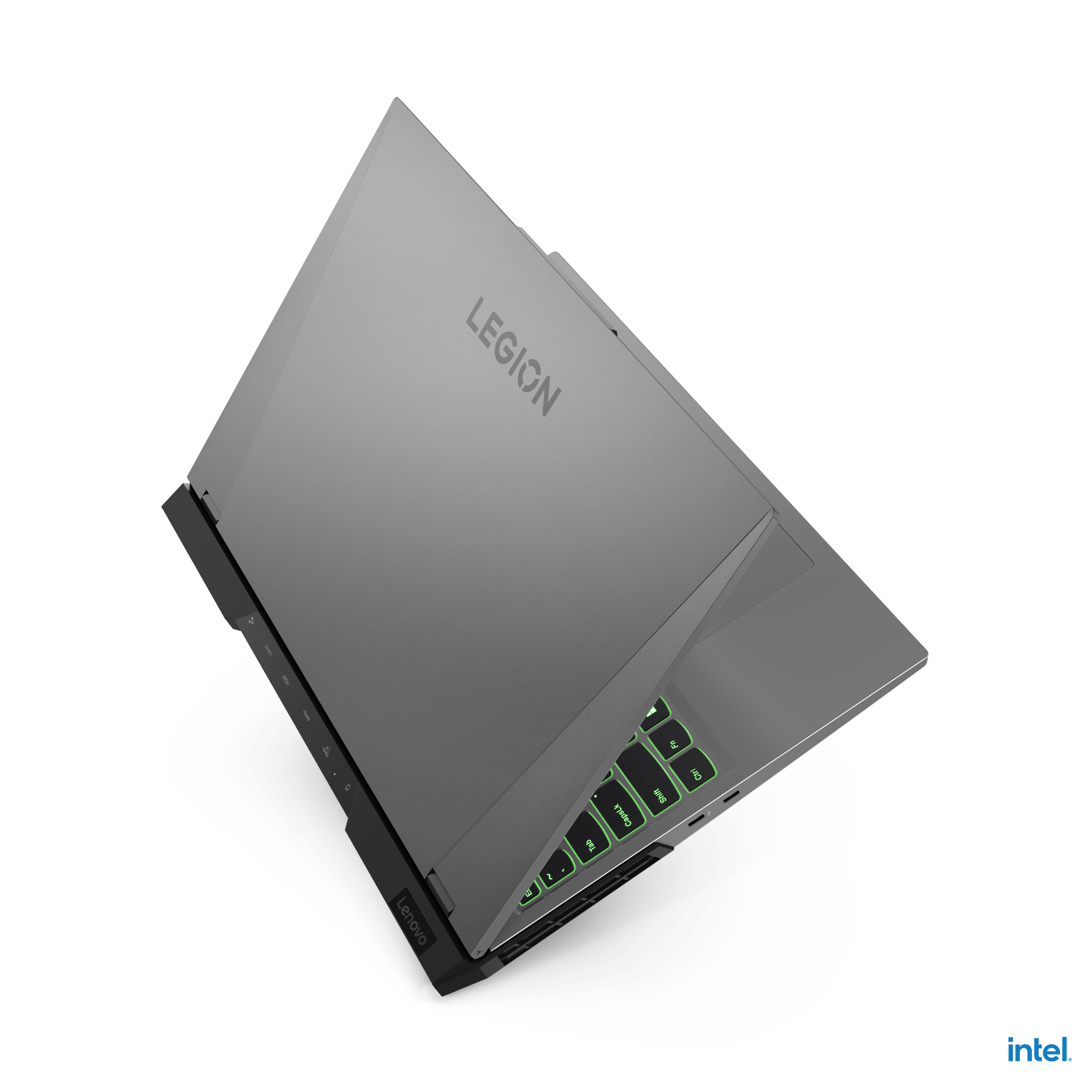 Lenovo has announced a trove of devices at the 2022 Consumer Electronics Show (CES). New Legion laptops, new ThinkPads, new ThinkCentres, new ThinkBooks, new monitors, and a bunch of accessories. Let’s break it down and see what Lenovo has in store for us in 2022. 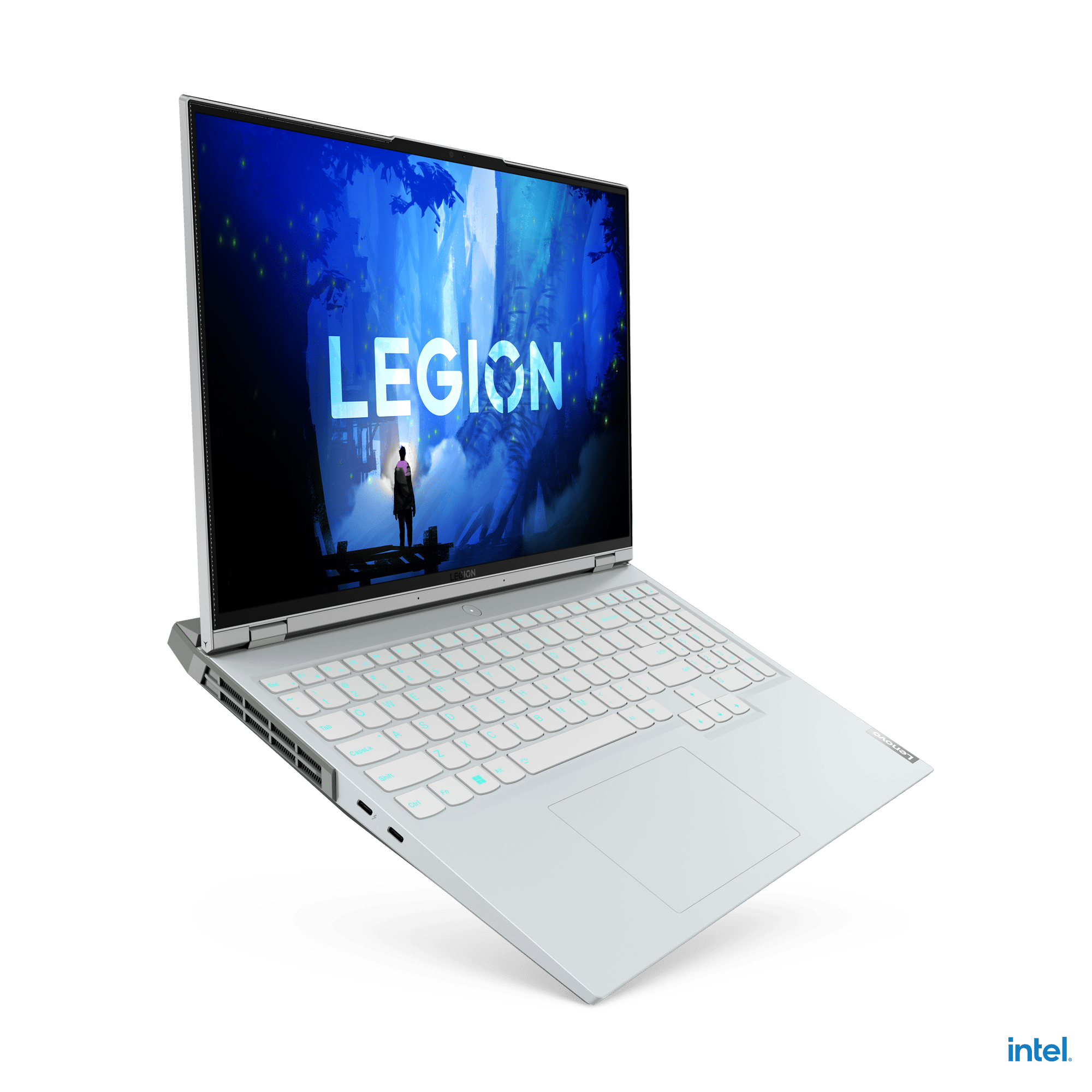 Lenovo took the wraps off their esport-centric pro series laptops. The Legion 5i Pro and Legion 5 Pro are the world’s first 16-inch laptops with 16:10 WQHD+ screens (2960 x 1600 resolution) and up to 204Hz refresh rate. You get 100% sRGB color gamut and a low 3ms response time. These devices are HDR 400 certified and deliver up to 500 nits of brightness.

These machines are equipped with 4800Mhz DDR5 memory and up to 1TB SSD storage. These devices support quick charging, going from zero to 80% in just 30 minutes. Processors will either be a 12th Gen Intel Core i7-12700H or a next-gen AMD Ryzen processor. Your games will be powered by a GeForce RTX 30 series Laptop GPU. The 15-inch Lenovo Legion 5i will come with up to 12th Gen Intel Core i7-12700H and the Lenovo Legion 5 will have a next-gen AMD Ryzen processor. You can get these laptops equipped with up to an NVIDIA GeForce RTX 3060 Laptop GPU.

These devices have full-spectrum RGB lighting, 1.5mm of key travel, and an improved cooling system. The Legion 5 series will be 15% thinner than previous models. These models come with up to WQHD (2560 x 1440) resolution and 165Hz refresh rates. You also get 300 nits of brightness and a 100% sRGB color gamut. These devices also support USB-C charging. 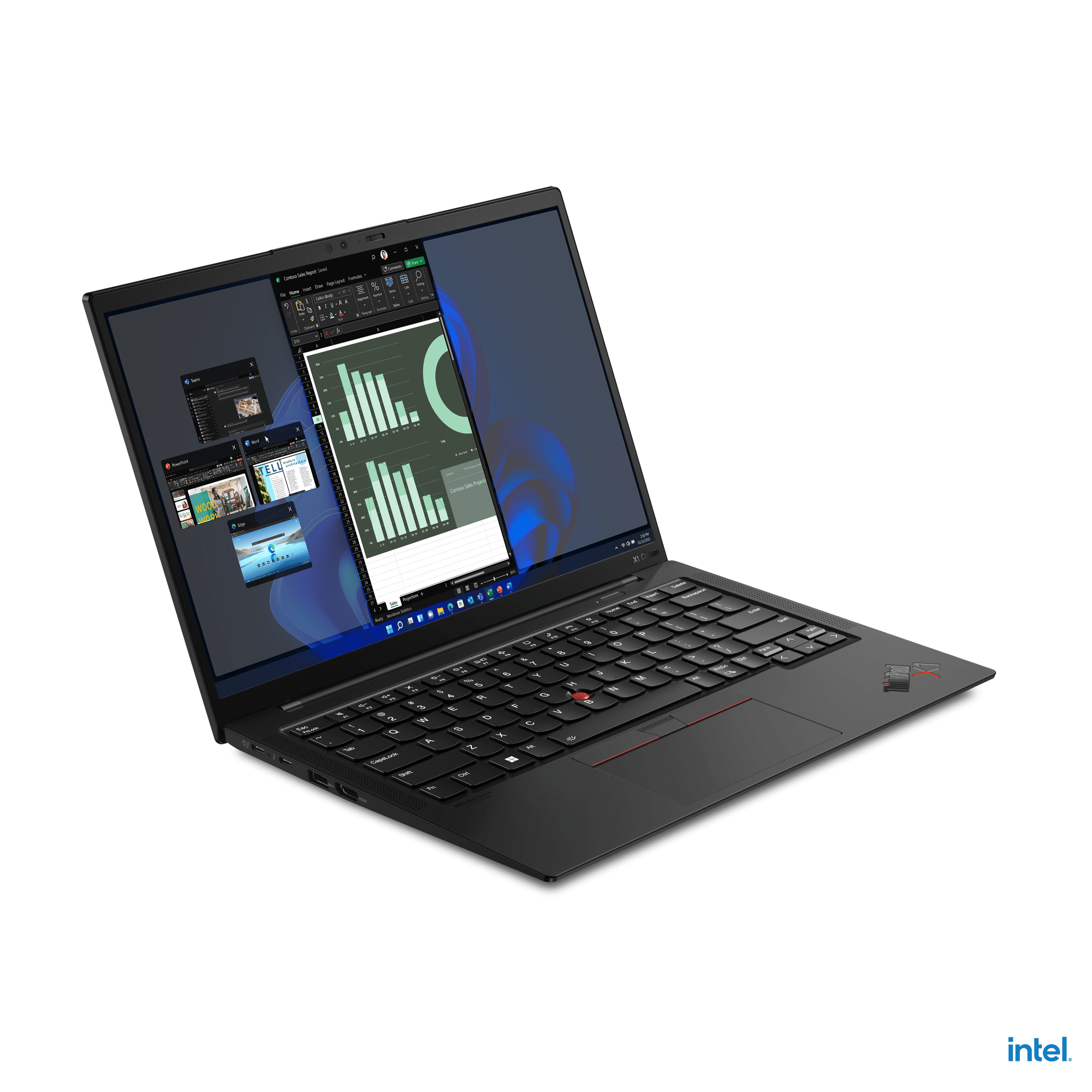 The ThinkPad X1 series is being updated to the latest 12th Gen Intel Core-P series processors. Lenovo is adding a communications bar that integrates an FHD webcam, Privacy Shutter, and 360-degree quad-array microphones.

Lenovo is giving the M90a a refresh with up to an i9 12th Gen Intel processor. This device will feature a 23.8-inch QHD display, up to 64GB of DDR5 RAM, and two integrated speakers.

These 27-inch displays feature HDR10 support, 99% sRGB, and 95% DCI-P3. Both monitors can charge your device with their USB Hub. 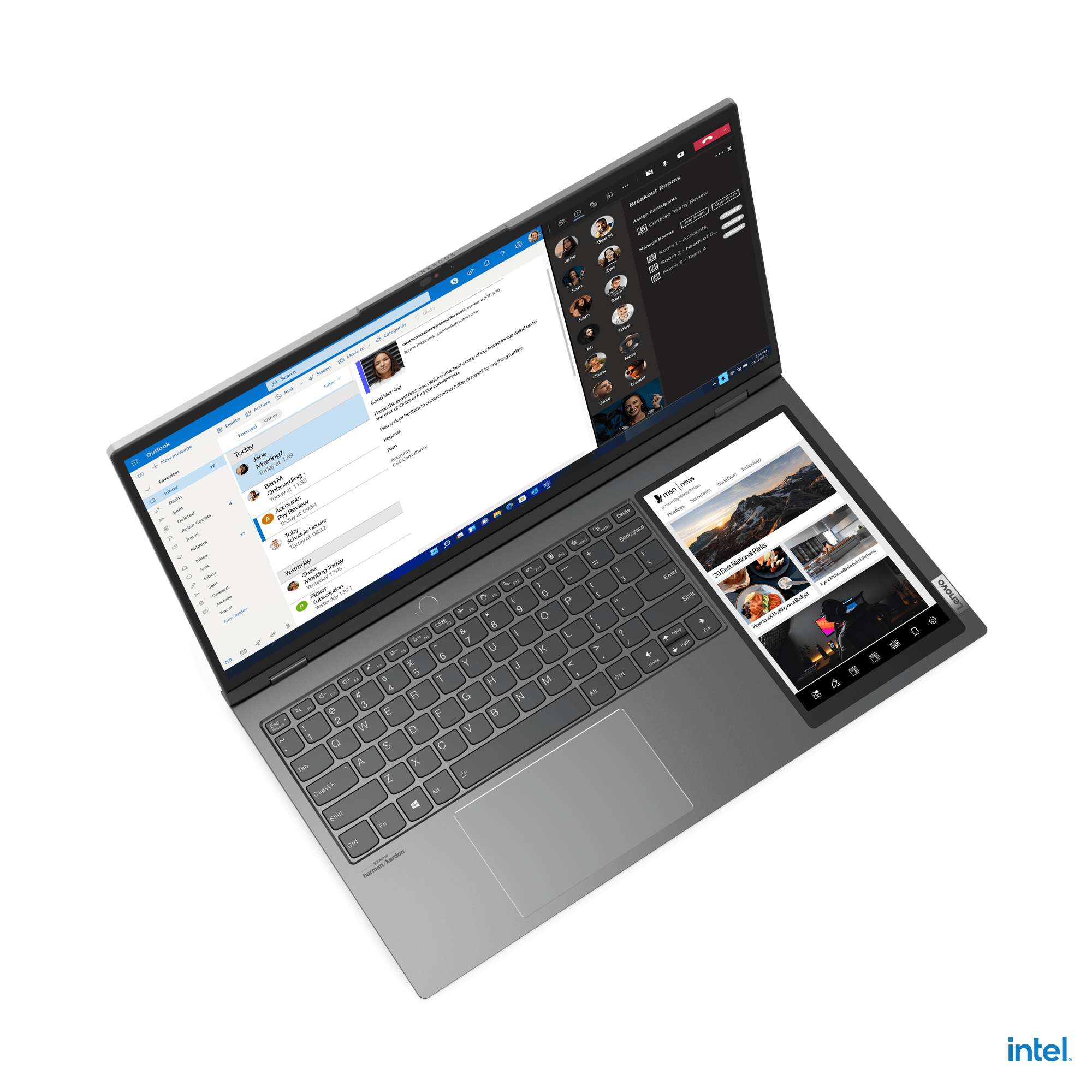 A new sub-brand for Lenovo, the ThinkBook Plus Gen 3 will have a 17.3-inch display with a 21:10 aspect ratio. This device has an 8-inch screen built into the keyboard area, allowing dual screens on a laptop.

Lenovo announced the ThinkBook 13x Gen 2, a light and aluminum laptop co-engineered with Intel.  This laptop can charge wirelessly. Also announced are a new ThinkBook Backpack and a ThinkBook Mouse. 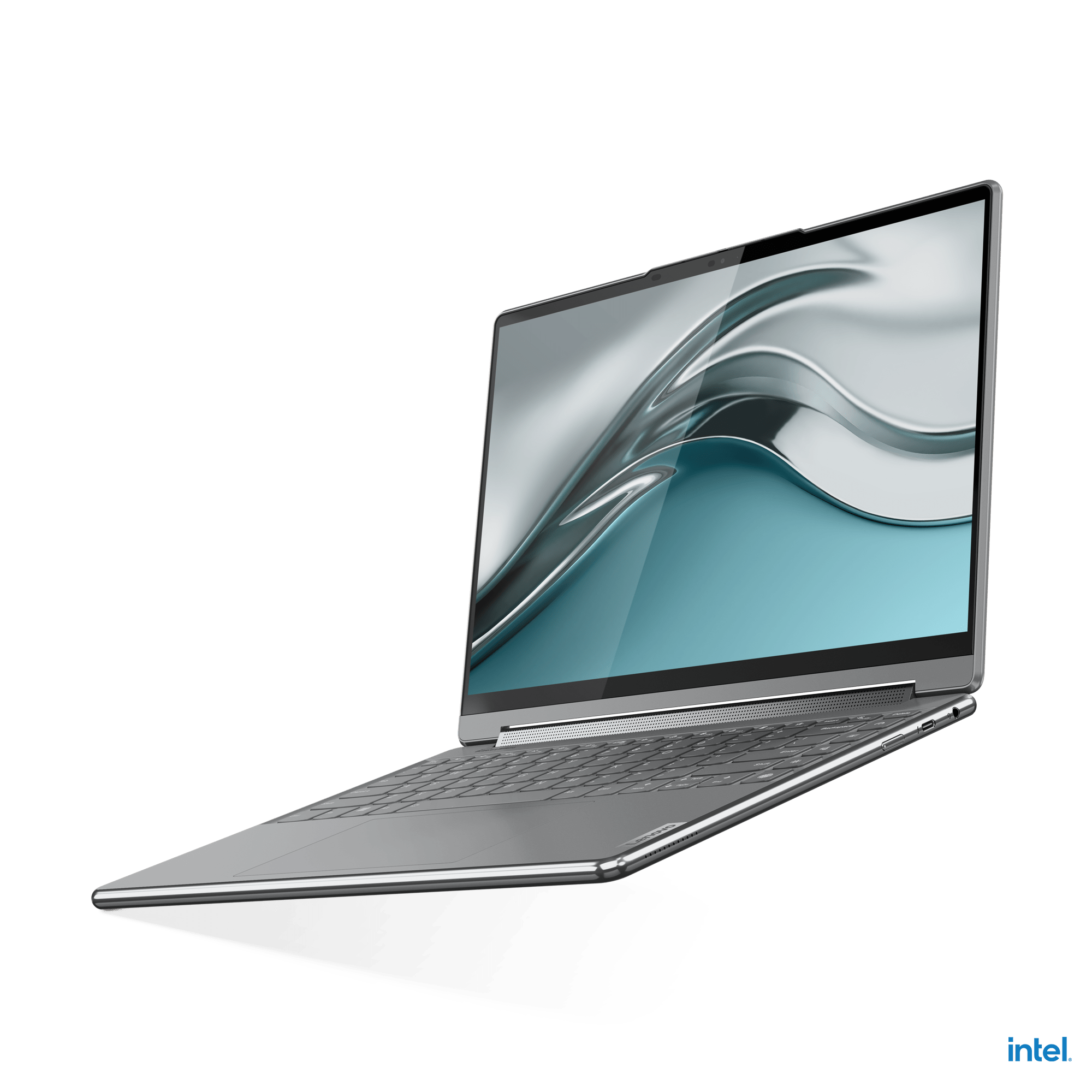 Lenovo announced updates to the Yoga 9i, Yoga 7i, and Yoga 6 laptops. The Yoga 9i will have Thunderbolt 4, up to a 4K display, and a larger trackpad.

The Yoga 7i comes in 14-inch and 16-inch sizes. You can equip them with up to 4K displays and 12th Gen Intel Core i7 processors. These devices also come with a Thunderbolt 4 port.