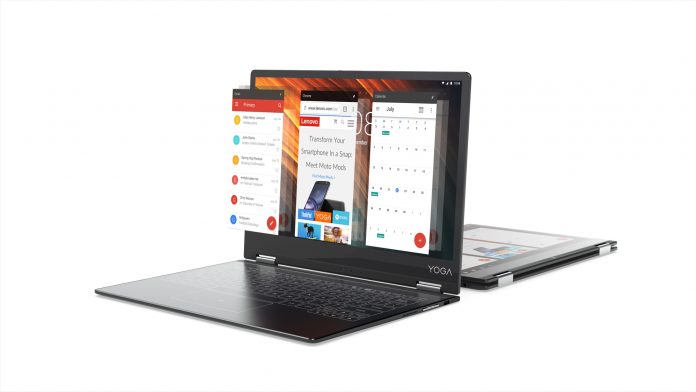 Remember the inventive Lenovo Yoga Book which was released last year? The hybrid device arrived with an innovating touch-sensitive surface instead of a physical keyboard that doubled as a digital sketchpad.

Well this week Lenovo has announced a more affordable variant with a slightly larger display called the Yoga A12. The Yoga Book took advantage of a 10.1-inch display, while the new comer features a 12.2-inch one and runs Android out of the box. 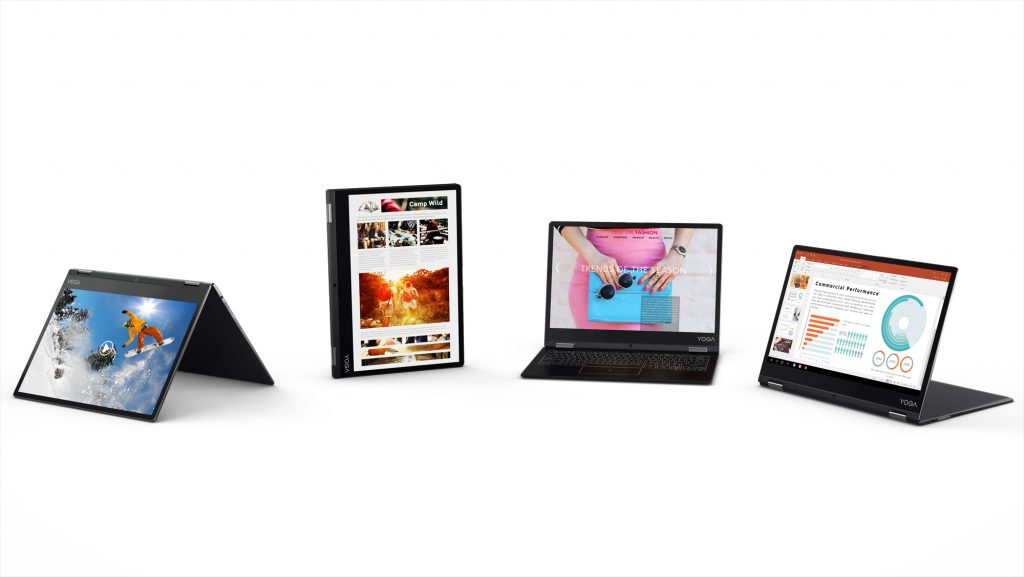 The Yoga A12 takes advantage of the futuristic Halo keyboard which is a flat, smooth surface that adapts to the user’s typing habits. But unlike the Yoga Book, the Yoga A12 doesn’t come with a pen or a digitzer pad, so you won’t be able to sketch on it.

The Halo keyboard learns and adapts to the user’s typing habits so the more you use it, the faster and accurate it becomes.

In the specs department, the Yoga A12 is pretty middle-range. The tablet features a 12.2-inch display with unimpressive 1,280 x 800 resolution. Under the hood lives an Intel Atom X5 processor working hand in hand with 2GB of RAM and 32GB of internal storage.

The new slate comes with Android 6.0.1 Marshmallow out of the box – which in 2017 is pretty disappointing. We have no info whether the tablet will ever receive an update to Android 7.0 Nougat, but given Lenovo’s track record with updates we wouldn’t hold our breath. 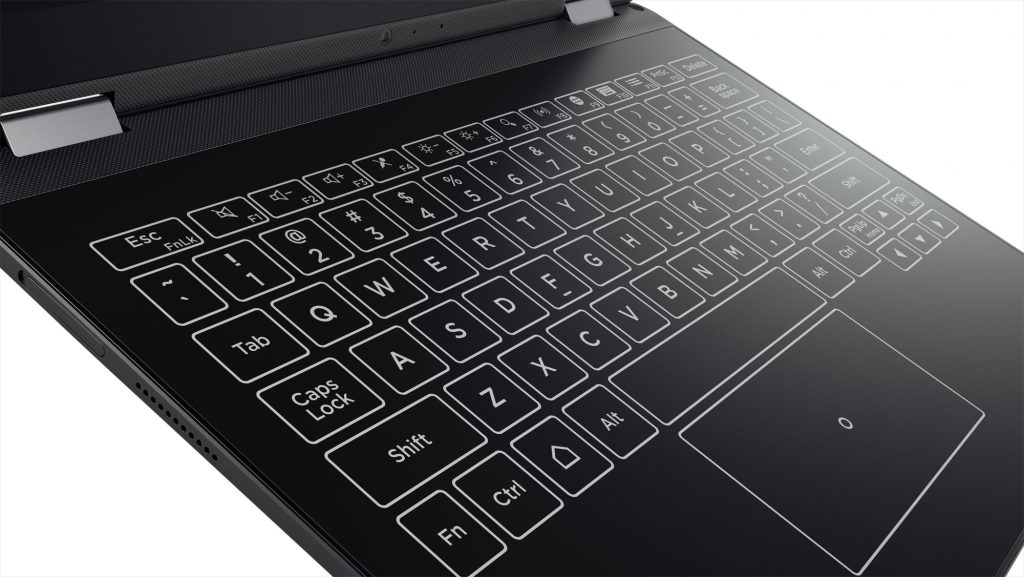 Lenovo has embedded a huge 10,500 mAh battery under the hood fo the Yoga A12, so we’re promised a long life cycle of up to 13 hours on a single charge.

The Chinese device maker introduced the new device as an Android tablet made for productivity, hence it bundled it with a modified “multitasking hybrid UI” that makes the 12.2-inch slob more productive. Thanks to the 360-degree Yoga hinge, the A12 also adapts easily to activities throughout the day via four distinct modes of use: Laptop, Tablet, Tent, and Stand 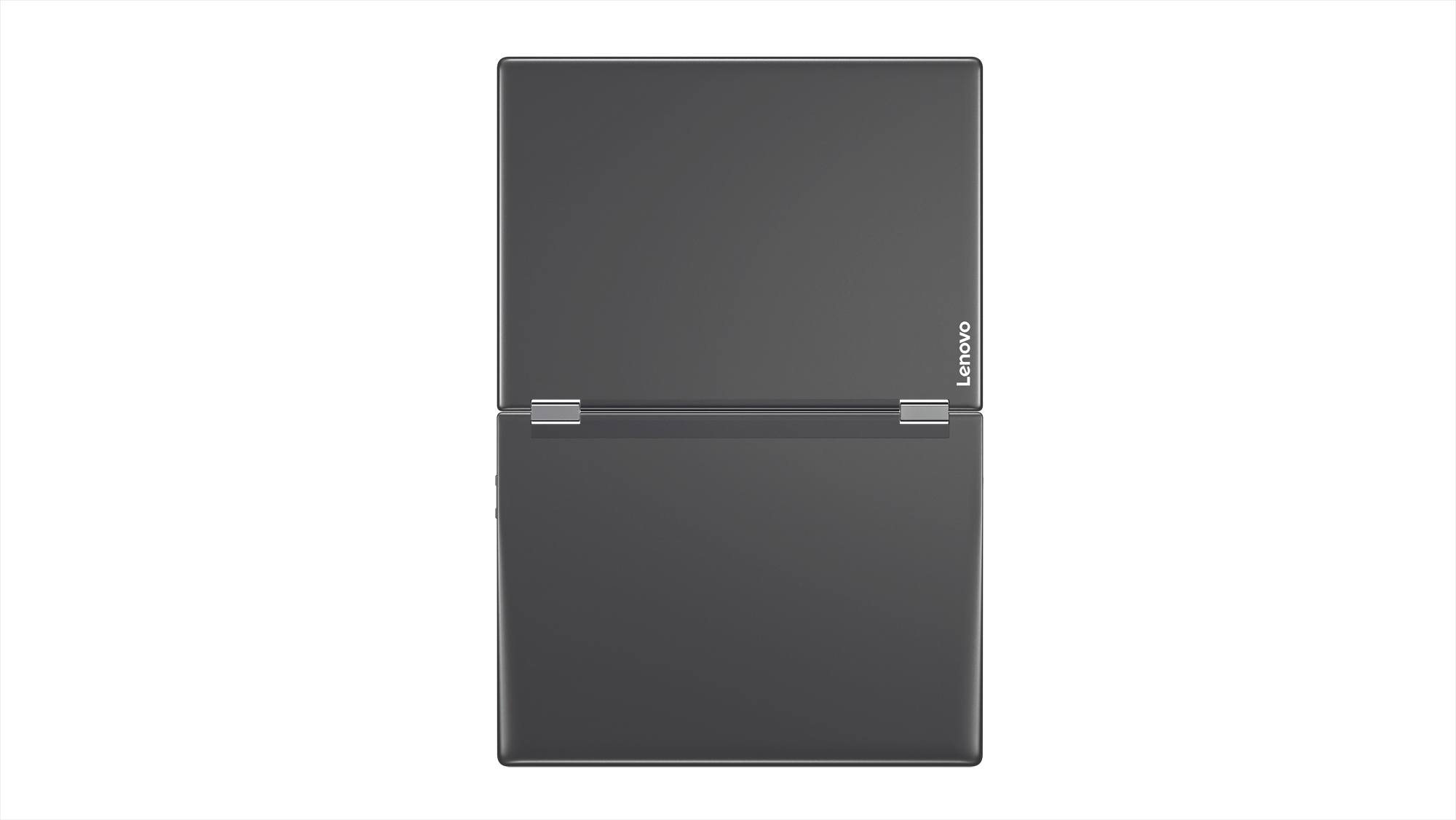 Interested customers can pick up the magnesium/aluminum made tablet in Gunmetal Grey or Rose Gold for $299 a pop. The Yoga A12 will become available starting February 8 on Lenovo.com.