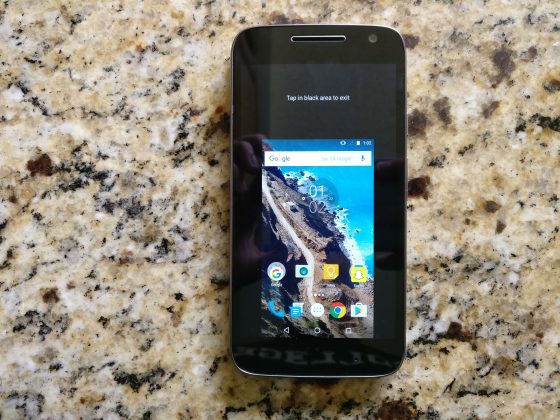 For those who missed seeing a Moto G5 Play version this year, we have some good news. According to reliable leakster, Evan Blass (known as @evleaks) Lenovo will be offering a Moto G6 Play model next year, alongside the standard Moto G6 and Moto G6 Plus.

Next year will see the return of Play to Lenovo's Moto G lineup in the form of the Moto G6 Play (alongside the G6 and G6 Plus).

Generally, the Moto G Play versions usually sit at the bottom of the totem pole in terms of specs. Two years ago we had the Moto G4 Play which lacked the marquee features of the Moto G4 and Moto G4 Plus like water-repellant coating or fingerprint scanner.

Even so, in our review of the phone, we found it to a surprisingly good phone offering “speedy performance that almost matches flagship devices, incredible day-and-a-half to two-day battery life, and a solid build.”

The Moto G4 Play had a substantial fanbase, so it’s no wonder that a lot of folks want to see the G Play moniker revived. This year Motorola and Lenovo launched the Moto G5 and Moto G5 Plus – two upper middle-rangers with great specs. But a Moto G5 Play never came. A few months later the Moto G5S and Moto G5S Plus made a debut into the word, but the Play version remained absent from the show.

Well, fortunately it now seems a Moto G6 Play is indeed in the cards for next year. What do you think? Are you excited about the prospect of a new ultra-cheap Moto G phone?