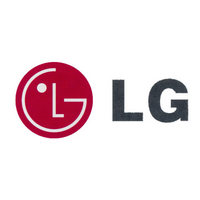 There was a time that the letters LG was synonymous with the mobile phone market.  If you have ever owned a feature phone, there is a good chance that you were using an LG device.

With the current boom of smarphones and more specifically Android, LG has found itself quickly becoming an also- ran in the mobile phone industry.

However, it looks like someone at LG has decided to wake up and smell the Andy, as the company recently announced that they were going to be releasing 20 smartphones this year.  15 running Android, the other 5 running Windows Mobile.  (Not sure why.)

The LG executive commented that LG is projecting that they will sell 6 million smartphones this fiscal year, with 4.2 million of them being Android based.  Sounds like a good plan, especially since we have seen Android save small companies like Motorola, Verizon and Sprint.  (notice the humor in that statement?)

We will see what LG has to offer.  It will be interesting to see if they can field handsets the caliber that we are growing accustomed to seeing with the latest wave of releases.