We’ve just gotten some pictures and specs from our friends over at Phandroid. It looks like LG is cooking up a killer device, one that could even rival their newly-announced Optimus 2X. It’s called the LG B, and it’s impressive, to say the least. We don’t have that much info to go on at the moment, but so far it’s enough to make me want more. It’s got a 4-inch IPS LCD screen, and it is bright. So bright that it puts an iPhone 4 and Samsung Galaxy S to shame when placed in between them, as seen in the picture below. 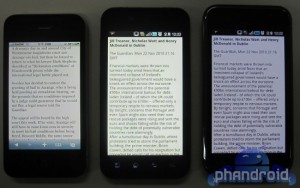 This is impressive, especially since Samsung touts the Galaxy S’s Super AMOLED screen as much as they can for being the brightest and most vibrant screen out there. Well, it’s not going to be the brightest for long. 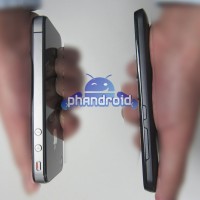 Not only does the LG B have a bright screen, it’s also very thin. It’s seen above next to an iPhone 4, and below next to the Galaxy S. Apple won’t be able to call the iPhone 4 “the thinnest smartphone on the market” anymore. 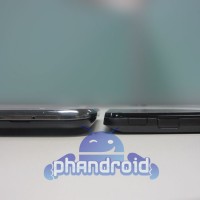 So, recapping, the LG B has managed to outdo both the iPhone 4 and Galaxy S in their respective fields, and it’s not even in the production stage yet. Even better is that LG is reportedly still working on making the device even brighter and thinner, as well as some software improvements.  If this is what it looks like as a beta device, I can’t wait to see what the final version will bring to the table. Check out a screen spec sheet below to see how the B holds up against the iPhone 4 (the R column) and the Galaxy S (the S column). More on this as it develops. 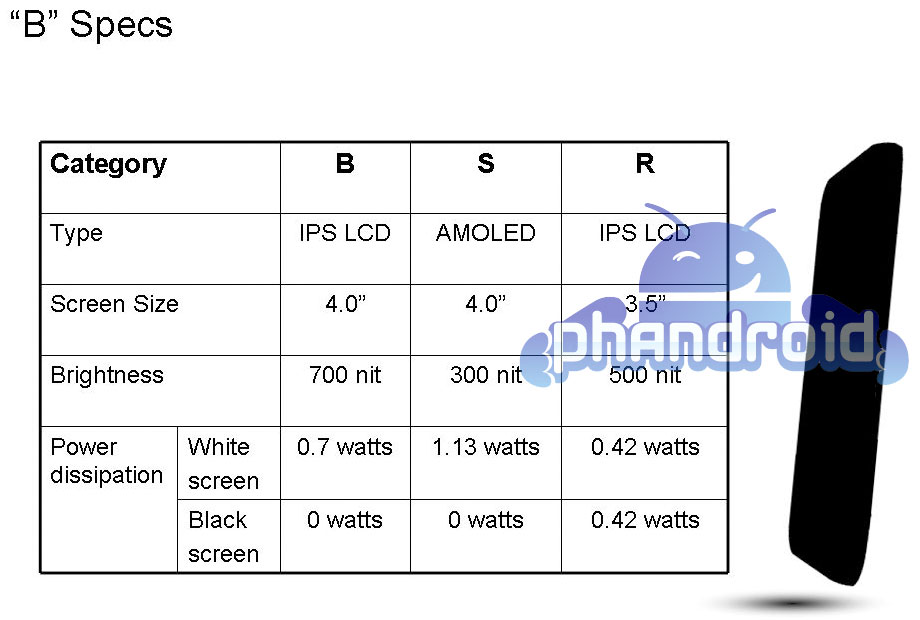