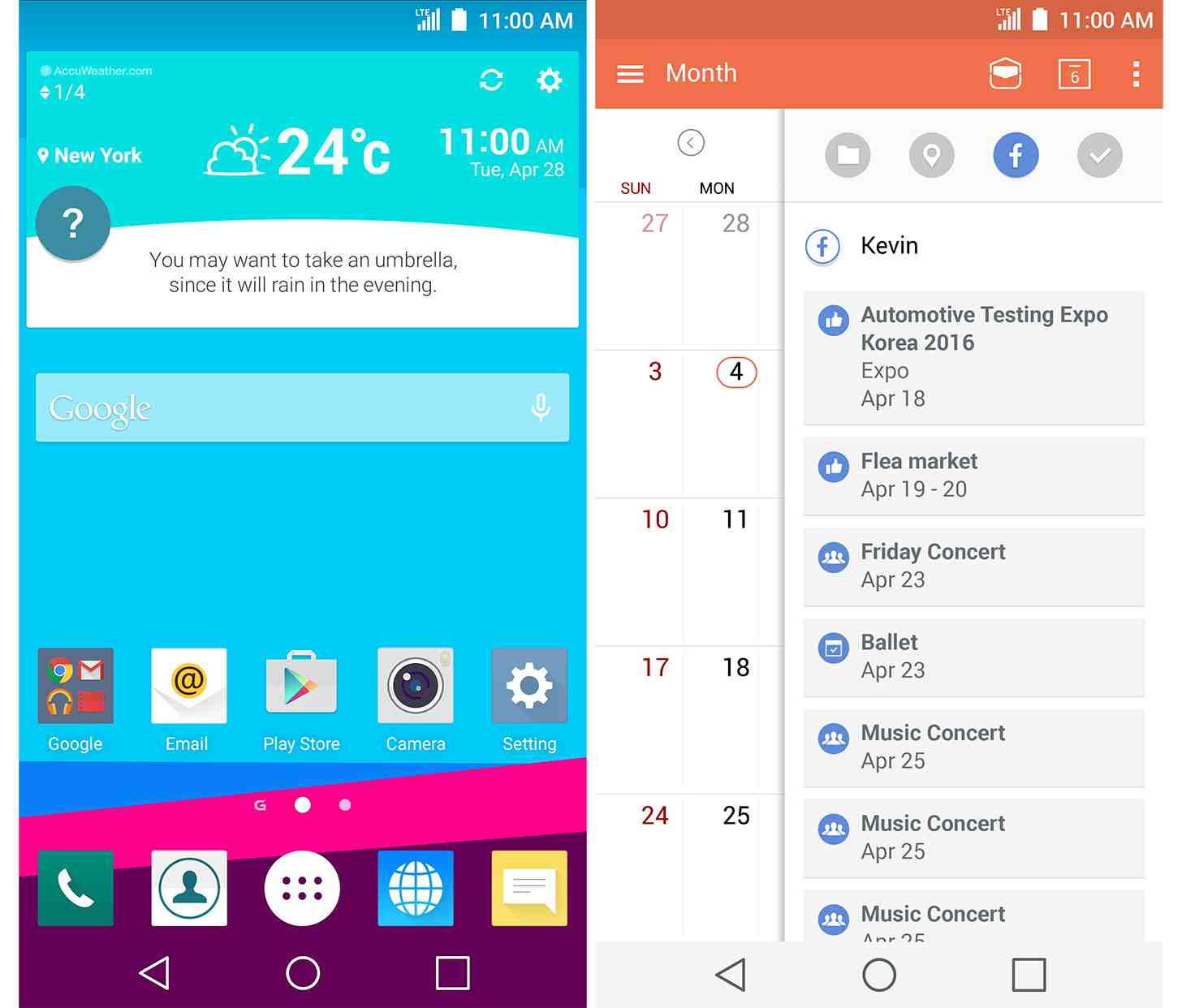 LG must be getting impatient about their G4, because they keep unveiling things, besides the device. The other day, LG decided to announce their newest 5.5 inch QHD LCD display panel that is expected to go on their upcoming LG G4. Yesteday LG has announced another feature on their next upcoming flagship device.

LG officially announced ‘LG UX 4.0’, which will make its debut on the highly-anticipated G4, and trickle down the ladder to other devices in the future. ‘LG UX 4.0’ is made to be simple. intuitive, and made for everyone. Other iterations of the UX brought us Q memo/Q slide, knock on, and gesture shot, but LG has added more on top of the bundle. A video of the UX can be seen below. Unfortunately it is in Korean.

The latest UX will come with a new “Quick Shot” feature which will allow the user to bring up the camera with two easy presses of the bottom volume button. This is a nice addition, as the rear-facing buttons are very convenient, especially now that the camera can be launched by two presses. It will also ship with an ‘expert mode’, which will most likely take advantage of Android Lollipop’s ability to manually expose images along with a RAW image format. For more of the features in-depth, check out the official press release here.

Aside from a few other features, LG’s newest UX is expected to make a very customized and smart experience to the user. Aesthetically, it seems as not much as changed, aside from a few tweaks to the icon to better suit Android Lollipop. Obviously, nothing is final until the LG G4 is debuted on April 28th.