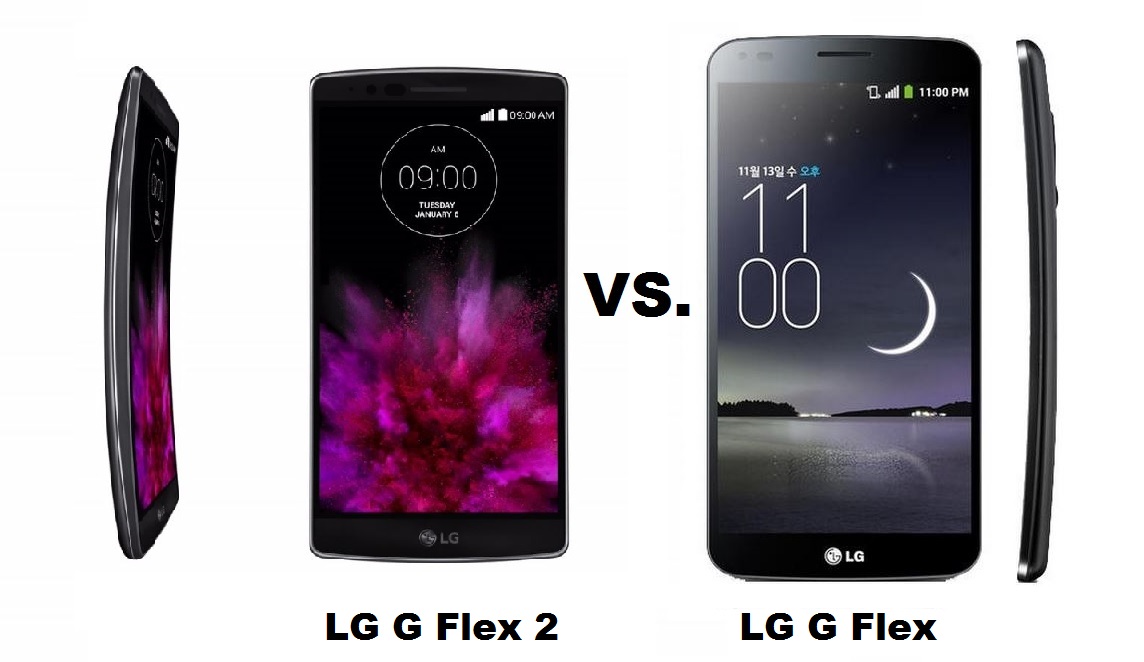 The first big phone to be unvieled at CES 2015 today is the new LG G Flex 2, the successor to last years G Flex which started out only in South Korea and eventually made its way to other markets. But if you didn’t pick up the G Flex before, here are the differences you might like this time around.

Last year, people were a bit disappointed with not only how big the G Flex 6 inch screen was, but the inferior 720p resolution that came with. Now, the G Flex 2 has not only reduced its screen size to a more comfortable 5.5 inches, but also increased the resolution to 1080p. Both phones use the same P-OLED technology for rich colors and deep blacks.

Last year’s G Flex came with an incredibly big 3,500 mAh battery, but only to support the bigger to screen. This year, the G Flex 2 comes built with a respectable 3,000 mAh battery to suit the smaller screen. Both batteries are non-removable. The G Flex’s battery life was impressive, with 25 hours of light use, and 9 1/2 hours of web browsing. There aren’t any battery life tests yet for the G Flex 2.

The G Flex last ear came equipped with a powerful Snapdragon 800 chip with clock speeds of 2.26 GHz, while this year the G Flex 2 will come equipped with the latest and greatest Snapdragon 810 chip which includes two quad-core CPUs and full support of 64-bit processing. The original G Flex was a rather speedy phone with the duties of processing a lower resolution, but the G Flex 2 is expected to be quite fast when it is released with the latest and lightest Android 5.0 Lollipop, for smooth and appealing animations.

The G Flex carried a 13-megapixel camera for 4160 x 3120 pixel photos and Full-HD 1080p video recording, with auto-focus and LED-flash. The G Flex 2 will carry a similar but upgraded 13-megapixel sensor with Optical Image Stabilization Plus support, laser autofocus (as seen on the LG G3) and dual-LED flash.

LG G flex came only with one 32GB option for storage and 2GB of RAM, but this year the LG G Flex gives you 16GB and 32GB options, while maintaining the 2GB RAM.

Both phones still contain the self-healing plastic back cover, but LG says this year’s device has healing capabilities much faster than last years, with the original G Flex taking minutes to heal, while this year’s taking only around ten seconds. Both phones are flexible and can withstand slight drops and full pressure by sitting on them.

So, does LG’s latest phone make you want to take the curved route? Let us know in the comments!