The LG G2 will arrive in the United States in September with Verizon as one of the carriers offering support, according to LG Electronics’ CFO David Jung. A recent article in Korea’s The Kyunghyang Shinmun tells us that the flagship device will start in South Korea in August, followed in September by North America and Europe, and then into other regions in October. 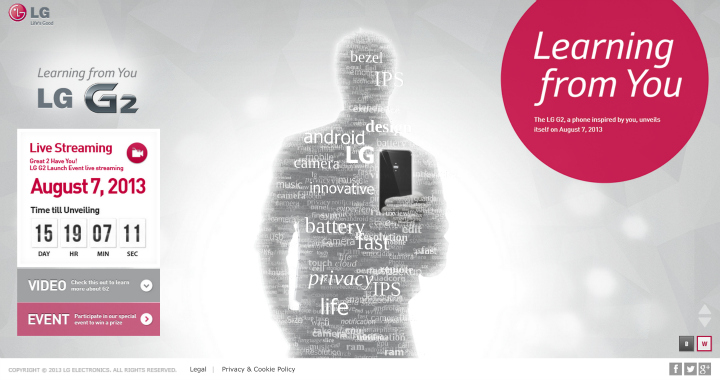 The current flagship LG smartphone, the Optimus G, is offered through AT&T and Sprint. We’d like to see the big four announce support for the LG G2 if only because it applies pressure to Samsung, HTC, and others. Well, we’d also like to not switch carriers over the phone not being offered at our current provider.

LG will announce the G2 and all of its wonderful hardware and software on August 7; let’s keep fingers crossed for a wide variety of carrier options.