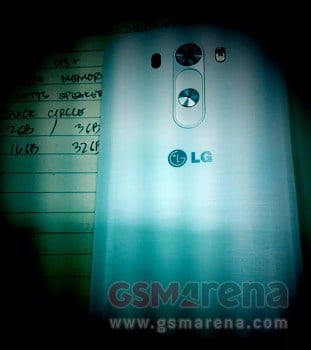 The upcoming LG G3 has been getting quite a bit of attention recently, and now we have a picture to go along with the details. Whilst it’s not the best quality. it does show a fair bit of detail.

From the image we can see that the upcoming LG G3 retains the same rear mounted keys as found on the previous generation LG G2, although they appear to have been given a redesign. In addition, there appears to be an additional sensor alongside the rear camera of which its function still appears to be unknown, even among all the previous leaks we’ve been hearing.