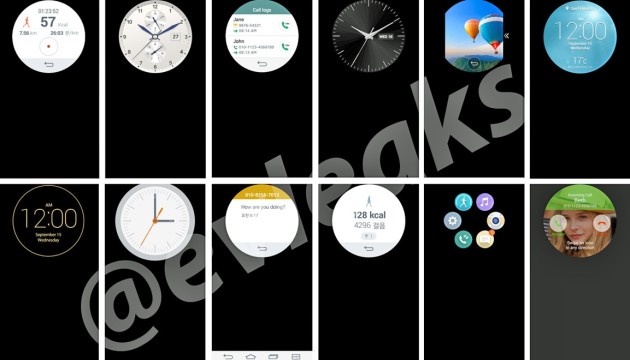 LG G3 launch is getting closer and we’re getting more and more leaks, either the smartphone itself or the features it carries. In this case it’s the latter, although not exactly what you mean.

Yeah, we’re not talking about the feature that the phone will perform on its own, in this case it will need a Quick Cover accessory, as the one we’ve seen on the LG G2, and the feature should be called Quick Window. This time though, the window on the case itself will be round, instead of square-shaped, at least according to @evleaks. Thanks to evleaks’ great track record when it comes to leaks we’re quite certain this screenshot is the real deal and the recent Quick Cover leak only confirms that. It shows us all sorts of widgets that will be available to use in collaboration with the Quick Cover case, or so it seems, we’re still guessing here of course.

We should know more soon considering the launch of G3 is just a week away, it will launch on May 27 and the phone should look like this and you can also check out the official teaser video. Do you like the Quick WIndow feature? Do you intend to get the device when it launches?