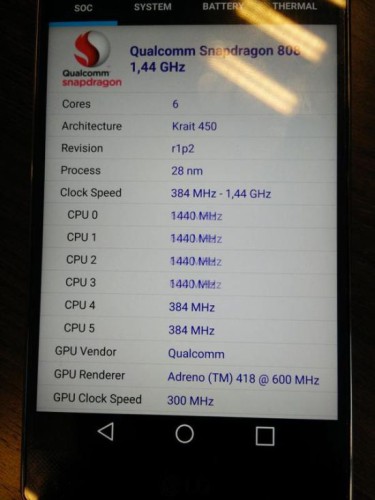 It is widely known that it is possible that the upcoming LG G4 will sport a Snapdragon 808 processor rather than the plagued processor known as the Snapdragon 810. Previously, it appeared on GFXBench, which seemingly confirmed that LG would defer from the Snapdragon 810, which is already in the G Flex 2. 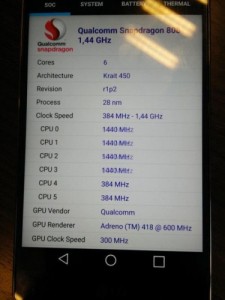 Now, I could be wrong, but I think someone went to great lengths to try and fake a screenshot from a device they claimed to be an LG G4. Not only that, but they were close to getting away with it, sans that minor detail.

To give a refresher, the Snapdragon 808 is a 64-bit hexa-core processor which has two cores clocked at 2 GHz and four cores clocked at around 1.4 GHz. The LG G4 is expected to retain a 5.5 inch QHD display, 3 GB of RAM, and feature an all new 16 megapixel camera with optical image stabilization and an f/1.8 aperture.

CyanogenMod 14.1 based on Android 7.1 Nougat released for Nexus 6P, 5X and more