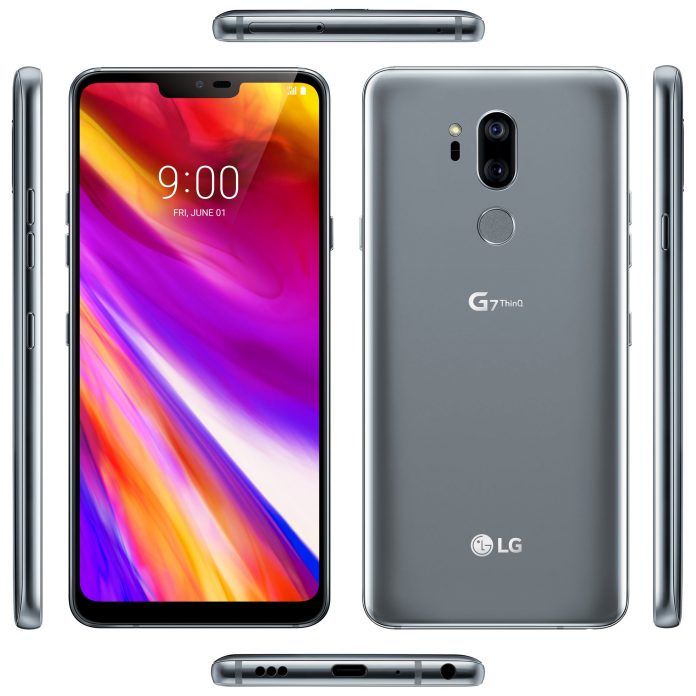 LG is setting up to launch its 2018 flagship in just about a week with the G7 ThinQ. However, it seems that Evan Blass, from VentureBeat, is looking to spoil the fun.

The notorious leaker shared an image of the LG G7 ThinQ from all sides and angles. The official-looking renders reveal again confirm that the handset will sport a new hardware button.

READ MORE: What we know about the LG G7 ThinQ

It was already confirmed by CNET that this would be a dedicated Google Assistant button. LG is also expected to include a few “exclusive” goodies for those who pick up the G7 ThinQ on the software side of things.

The renders also confirm that LG will be joining the notch brigade. However, there is speculation that a software feature could be included to hide the notch when using the device.

Perhaps one of the more calming confirmations is the return of the 3.5mm headphone jack. While we aren’t sure whether LG will include a Hi-Fi DAC, a headphone jack is still a welcome inclusion regardless. Especially in an era where we are always worried about the jack to be removed.

Other rumored specs for the G7 ThinQ include the Snapdragon 845 chipset, along with at least 4GB of RAM. LG will also be keeping with its recent trend of a dual-camera system, and the rear-mounted fingerprint scanner will be placed below.

We are expecting to see some type of water-resistance rating. This has been a recent trend that has been pretty awesome, considering that you can now take your phone for a swim and take some sweet pictures.

Let us know what you think about the LG G7 ThinQ, and if you will be picking one up for yourself.