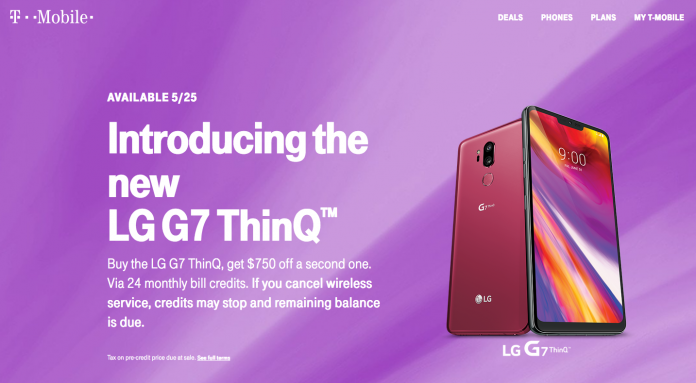 LG announced its new flagship, the G7 ThinQ, earlier this year which we found out everyone would be carrying, besides AT&T. Soon the phone will be available in stores and deals are starting to appear. T-Mobile is showing one of the first advantages of buying from their carrier with a pre-sale starting a week earlier.

T-Mobile is having a pre-sale of the LG G7 ThinQ starting this Friday, May 25th. In which you can go online beginning at 8:00 am EST at T-Mobile’s website and order the phone. This way, you are more than likely going to receive and have the phone before the official June 1st release.

In general, though, T-Mobile will be selling the G7 ThinQ for just $30 down and $30 a month. The carrier is also carrying an exclusive, unique Raspberry Rose color variant to offer as well.