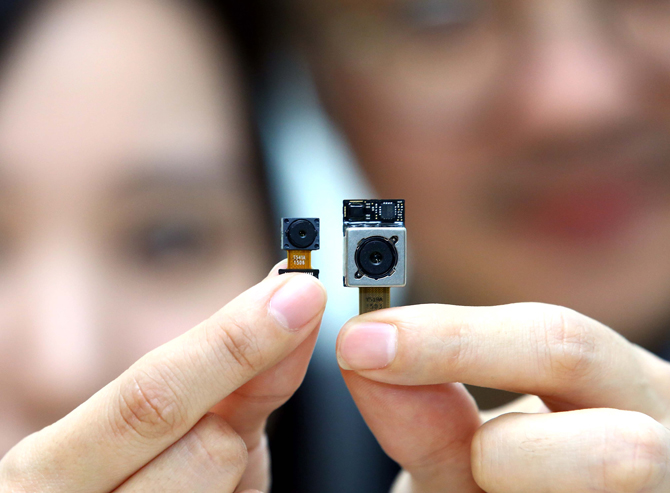 LG, at it again, is showing off yet another feature for its upcoming G4 flagship smartphone. Today see the hardware maker touting the 16-megapixel rear camera and 8-megapixel front-facing cameras that will be found in the device.

Boasting an aperture of f/1.8, LG’s new camera module promises to work better in low-light conditions and for in action shots. According to LG, this sensor will let in 80 percent more light than the one found in its G3 predecessor.

Around front, the G4 will house an 8-megapixel module, the highest resolution to date for an LG device. At 0.11mm thin, the IR filter is about half that of the one found in other competing filters. LG says

The LG G4 is expected to be announced at an event on April 28. In the meanwhile, LG is letting some 4,000 people put the phone through its paces.