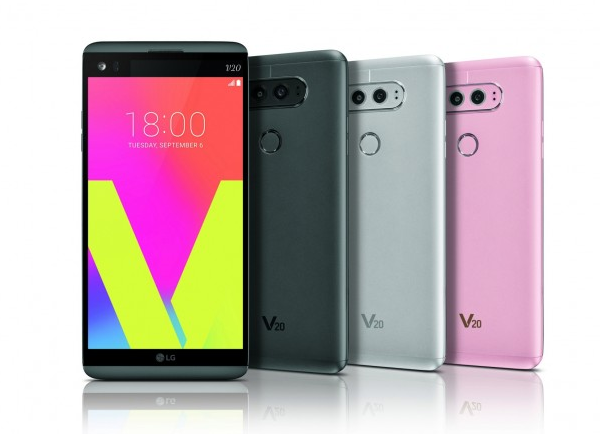 LG had a rough first half of the year with its controversial G5 flagship that took a beating in the media with its painted metal body. It never recovered from the whole plastic versus paint fiasco and has also experienced issues with a bootloop issue on its previous flagships angering many of its most loyal customers.

LG is now looking to save its abysmal 2016 with the all new V20, a follow up to last year’s V10. The all new V20 is the first flagship to come with Android 7.0 Nougat, even beating Google’s own Nexus devices to the punch. Specs wise the V20 is a powerhouse:

LG has an opportunity to steal market share from Samsung with the whole Note 7 fire debacle and this announcement comes just before the iPhone 7 launch which many are expecting to be a bore.

The V20 will also be the first to include a 32-bit quad DAC for audiophiles who love their music. It’s also been tuned by B&O audio who is known for its high-end sound reproduction and hardware.

Last year’s V10 was known for its durable plastic body with stainless steel rails which prevented the phone from breaking on falls of four feet or less. This year LG went the route of a lightweight aluminum body, and rather than go with modularity, it maintained the removable back plate like last year’s model.

Power users love the ability to change batteries and LG chose to go with a slightly larger 3200mAh battery that is swappable, in hopes of improving upon the average to poor battery life found in the V10.

LG is set to release the V20 by the end of Q3 this year, which means it should be released no later than the end of this month. Pricing has yet to be set, but as with most flagships, I am sure this one will cross the $650 mark.

What are your thoughts? Is this V20 going to supplant the Note 7 as the king of the phablets? Let us know your thoughts in the comments below.