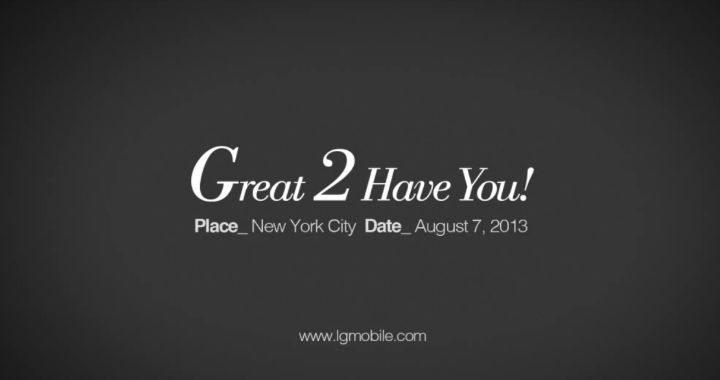 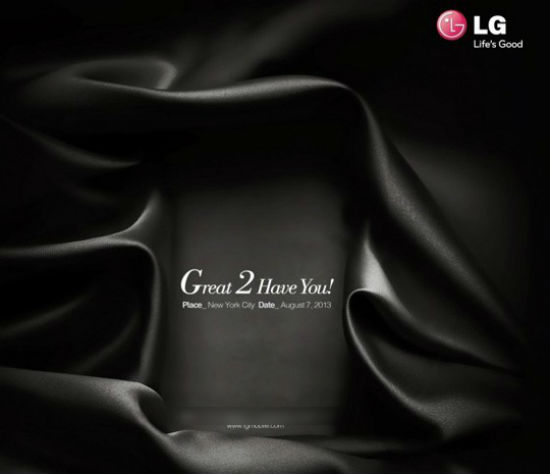 LG is not being very subtle about its upcoming August 7 event in New York. We’ve been expecting that the presser would feature the next-generation of its flagship series; LG just makes it more clear today.

Below you’ll find a short teaser video for something from LG which just happens to end with “Great 2 have you”. Called, “To me, you are perfect. From G…” it alludes to something in New York on August 7. It just so happens that LG’s latest invitation also dances around the same subject.

The latest round of chatter for the upcoming LG smartphone include word of a Snapdragon 800 processor, at least 2GB RAM, a 5.2-inch 1080p HD display, and rear buttons.