So you like the concept of a dual-screen phone but don’t have Galaxy Fold money to play with. Starting November 1, US buyers will have an alternative that comes in at about one third of the price.

LG on Tuesday announced that it will begin taking pre-orders for the LG G8X ThinQ and its Dual Screen accessory. The phone will be sold through a number of wireless carrier and retailers, including AT&T, Sprint, and Amazon.

First shown off in September, the LG G8X is a single screen phone that can connect to an optional secondary display. Once in place it creates a dual screen, foldable experience.

While it’s not the same seamless, large screen setup that the Galaxy Fold offers, it does have its uses. Gamers, for instance, may like having a dedicated game pad that doesn’t detract or clutter the screen. A full screen keyboard is also helpful for those who might need to pound out a lot of emails and messages throughout the day.

In terms of hardware, the LG G8X comes with some fairly high-end specifications, including a Qualcomm Snapdragon 855 processor, 6GB RAM, and 128GB storage. 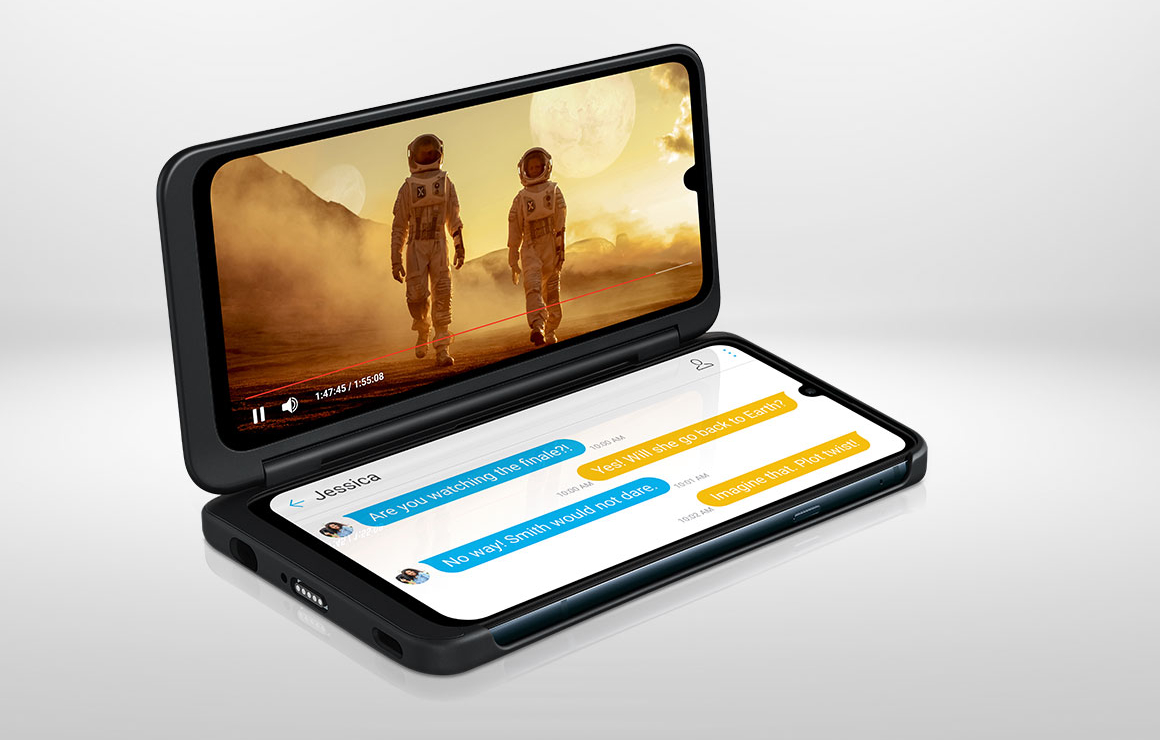 As for cameras, the handset features a 12-megapixel main lens with a 13-megapixel super-wide shooter on the rear. Around front is a 32-megapixel selfie camera and inside, powering the show, is a 4,000mAh battery.

AT&T will give its customers the LG Dual Screen accessory for free when adding a line on a qualifying installment plan. Worth $300, the price of the secondary display is credited to subscribers at $10 per month over 30 months.

Sprint plans to take pre-orders starting November 1 and will price it at $15 per month on Sprint Flex. Both new and current subscribers can take advantage of the offer if they are upgrade-eligible or add a new line of service to an existing account. For a limited time, get an LG Dual Screen for free by mail-in rebate from LG.

LG will have an unlocked version of the G8X ThinQ, with pricing for a bundled LG G8X ThinQ and LG Dual Screen starting at $699.99