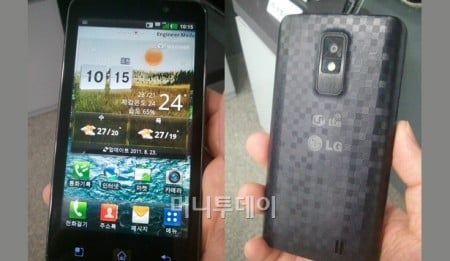 LG is one of the leading mobile phone manufacturers in the world and recently they introduced the LG Optimus Q2, a touchscreen Android device with a sliding QWERTY keyboard. Apparently that isn’t the only device LG has up their sleeves, as a new LG device being called the LG Optimus LTE has leaked showing a LG Optimus 2x-like design with LTE powers (you can see it at the back of the phone). You may recognize the device as it was actually leaked a few days ago with model number LG LU6200. No word yet on the final name of the device but it could be LG Optimus 4G or something similar.

About the specs, the device will have an AH-IPS 4.5-inch LCD display with a resolution of 1280×720, an 8-MP camera with 1080p video recording, an 1830 mAh battery and will feature a 1.5 GHz dual-core processor which is rumored to be the most powerful processor LG has ever used.

This device will also be the first to include the Street Fighter IV package which is great news for all you gamers out there. No word on when this beast will be hitting the U.S. market but rumor has it hitting the Korean network U+ soon. So what do you think? Drop us a comment below.