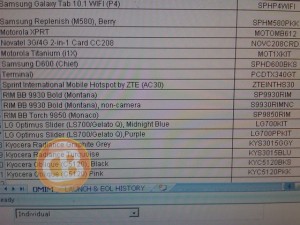 A leaked Sprint product listing points to a sliding a September release for an LG Optimus Slider.  We’ll assume the sliding part indicates a sliding QWERTY keyboard here and figure on a low-cost LG handset similar to the Optimus One series.  According to the documents obtained by Crackberry, the LG Optimus Slider should hit the streets come September 11th.  So, with roughly 90 days separating today and the launch, we’re anxious to see which LG model becomes the Slider.

In an interesting and related note, the code name listed in the Sprint product line, Gelato, was also found hiding in a recent T-Mobile roadmap.  Last fall LG released a budget-friendly Optimus One smart phone across multiple carriers, much in the way Samsung did for the Galaxy S.  Looks like they plan to adopt the same strategy, only with a sliding QWERTY this time around. 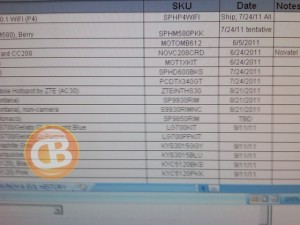