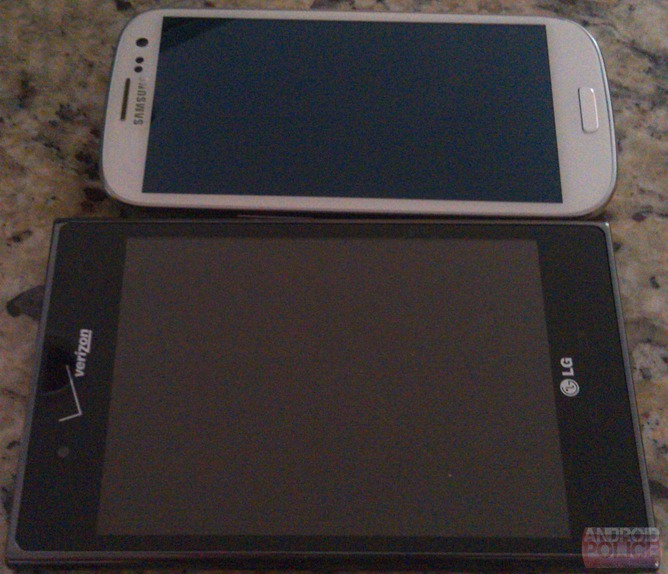 We got a look at the LG Optimus Vu when it was announced right before MWC, running Gingerbread at the time. Now an image of the Vu has been leaked, and it’s sporting a Verizon logo. Rumor has it that the Verizon Vu is running Ice Cream Sandwich, which is a relief. We’re not sure if the newer Android version makes up for the sharp corners and unsightly large bezel, but only time will tell.

The Verizon Optimus Vu will reportedly be rocking the following:

As for the stylus, there’s no word on whether LG has plans to implement any software to compete with Samsung’s S-Pen. That being said, what do you think about this phone? Should LG stay away from the phablet market? Let us know in the comments!