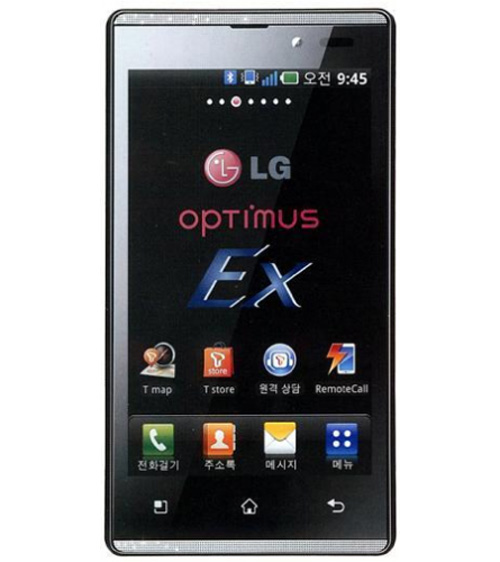 The guys over at Slashgear have gotten their hands on a leaked photo of a device being dubbed the LG Optimus EX, and we have to admit that it looks a lot like that LG Optimus LTE that leaked earlier today. The Optimus EX is said to be packing a 1.2GHz dual-core processor, a 4-inch 800 x 480 display, Android 2.3, and the typical WiFi, Bluetooth, etc. At 0.37-inches thick, it’s got a pretty slim profile as well. 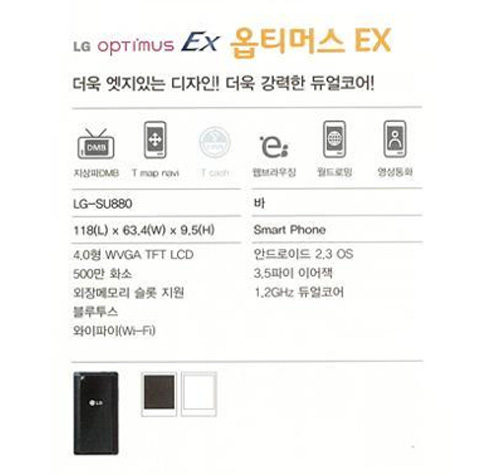 It’s interesting that the device’s processor is capped at 1.2GHz, while the rumored Optimus LTE is rocking a 1.5GHz CPU. This could mean that we’re looking at two different devices, but it is rumored that the Optimus LTE will be headed to Korea’s U+ network before it hits the States. The model numbers are completely different (LG-SU880 for the EX, LG LU6200 for the Optimus LTE), but the Optimus EX was spotted in Korea, so we’ll let you fill in the blanks here. Not much else is known about the EX, which is tipped for an exclusive launch on SK Telecom. More on this as it develops.

So, do we have any Korean readers looking forward to the Optimus EX? Anyone else think the EX and Optimus LTE are the same device? Drop a comment below!