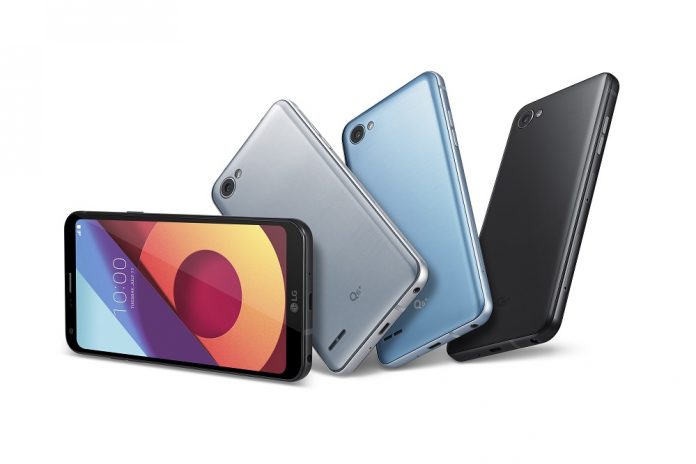 LG just introduced a new series of smartphones with a “FullVision” displays. The company will be offering three models including the Q6, Q6+, and Q6α – all mid-range handsets sporting the essential features of LG premium phones, but with affordable price tags attached.

The three variants emulate the design of the premium LG G6 with slim bezels all around and 18:9 aspect ratio. They also include a 5.5-inch display with FHD+ resolution (1080 x 2160), a Snapdragon 435 processor under the hood and a 3,000 mAh battery.

LG has included a 16-megapixel primary camera, as well as a 5-megapixel selfie snapper that’s capable of taking angle shots at 100-degrees on all the new products. What’s more, the new phones come equipped with a facial recognition system that can unlock them. All ship out with Android 7.1.1 Nougat on board.

The Q6 family is expected to go on sale in key markets in Asia this August, followed by a release in Europe, Latin, and North America. So hopefully we might get to see these mid-rangers land in the US by the end of the year. Pricing specifications are yet to be revealed.