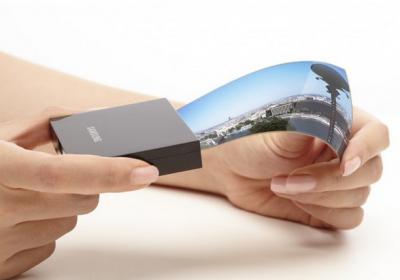 When it comes to the flexible display rumor mill, the two names that keep cropping up in hypothetical conversations are LG and Samsung. Now, the two companies have their flexible displays in more limelight than ever, as both are hitting the news circuit with updates about these new displays.

First up, Samsung Display is now mass-producing their 5.7″ flexible OLED displays and supplying them to Samsung Electronics (yes, they’re actually two different entities). Samsung is expected to be throwing their first device with said flexible display within just the next few days, with the Galaxy Note 3 Special Edition being in the top spot to receive it. This is just moments after LG announced that they will be pushing a curved handset display in November, and have also started mass producing their own flexible screens for mobile devices. Keep in mind that curved displays are already commercially available ala curved OLED TV sets.

Samsung, however, may not be waiting in the race to start curving your mobile device, as rumors have it that the “Galaxy Round” (as it’s being toted by fans) could come out as early as this week. The G-Flex (also not official) by LG could potentially miss out on a widespread market by those crucial few weeks if Samsung, who has already taken over Apple as the leading provider of mobile devices, gets that edge.

LG has also made it clear via a press release that the flexible display is supposed to be unbreakable – a challenge that many a technophile would love to take on. According to LG, “LG Display’s flexible OLED panel is built on plastic substrates instead of glass. By applying film-type encapsulation technology and attaching the protection film to the back of the panel, LG Display made the panel bendable and unbreakable.” They also tout not only the physical flexibility, but the size flexibility of their displays, saying “The new display is vertically concave from top to bottom with a radius of 700mm, opening up a world of design innovations in the smartphone market. And only 0.44mm thin, LG Display’s flexible OLED panel is the world’s slimmest among existing mobile device panels. What’s more, it is also the world’s lightest, weighing a mere 7.2g even with a 6-inch screen, the largest among current smartphone OLED displays.”