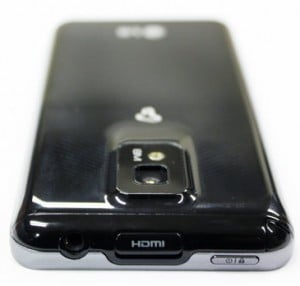 LG seems to be getting into the swing of things with a whole slew of new Android phones.  The more we see from the handset maker, the more impressed we become.  We’ve seen a few things on the LG Star before, but now things are heating up.  New images and details have surfaced, indicating LG is primed to unveil the first dual-core Android handset.

Korean mobile news site Cetizen (translated) has uncovered the new pictures of the LG Star which closely resemble the original prototypes from a few weeks back.  One noticeable difference is the SK Telecom logo on the back, which tells us we’re looking at a production-readied phone.   The LG Star has a WVGA display, HDMI, 3.5mm headset jack and an 8MP camera with flash.  Although the Star runs Froyo, it’s probable that LG will load it up with the freshly released Android 2.3 Gingerbread before long, if not ahead of its US launch.

Anyone hoping this one comes stateside to their carrier?