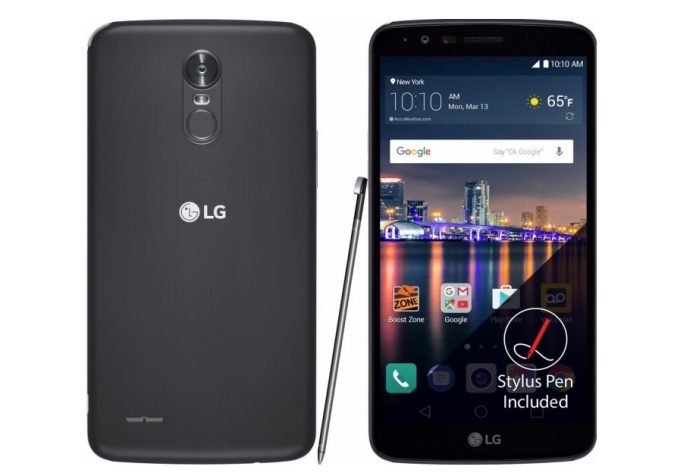 It might have flown under the radar, but LG unveiled the LG Stylo3 at CES 2017. The smartphone is affordable phablet with a smart pen attached. However, it will certainly not make you forget about the premium Galaxy Note7.

With this mind, we proceed to announce that the LG Stylo3 has just landed with Boost Mobile and Virgin Mobile. The phone is available today for $179.99 (plus tax) a pop. 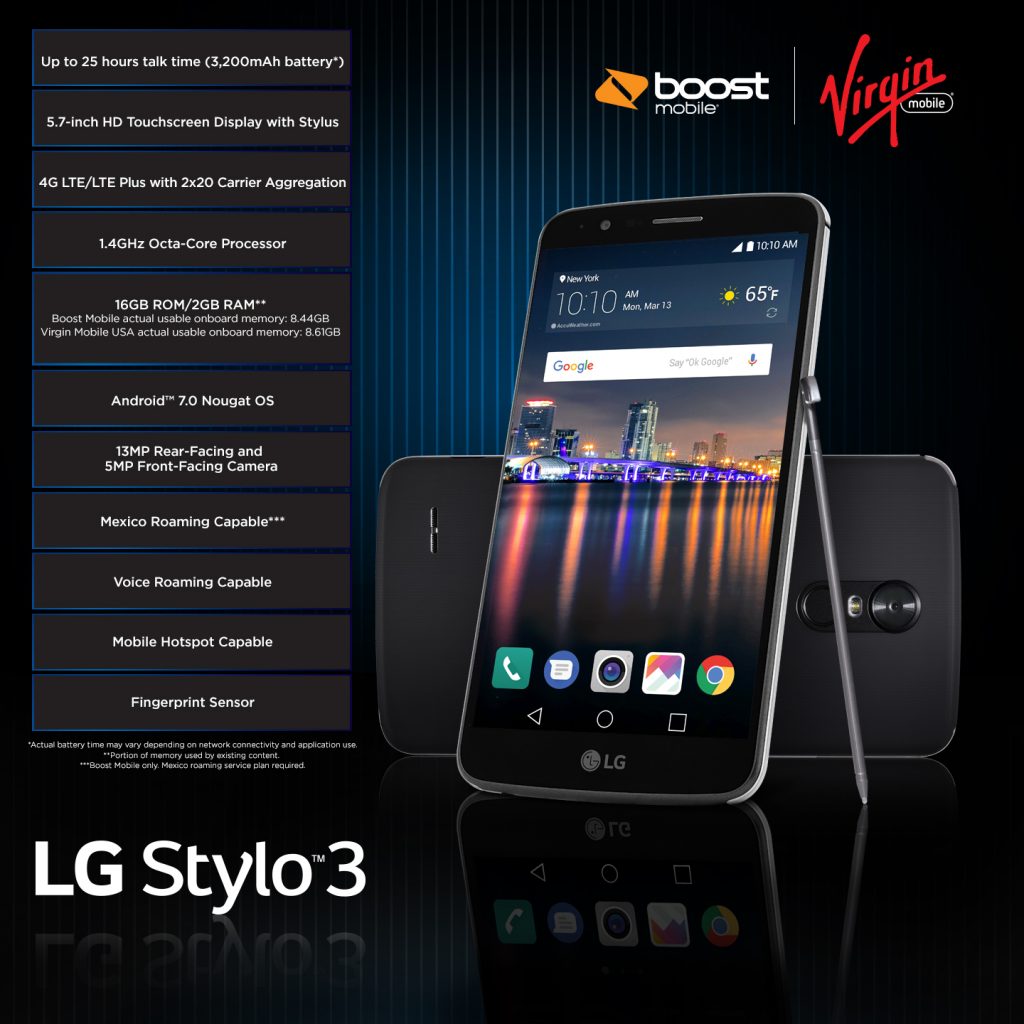 In case you don’t remember, we’ll remind you the LG Stylo3 comes with a 5.7-inch display with 1280 x 720 resolution. It features an octa-core MediaTek MT6750 chipset clocked at 1.5GHz in combination with 3GB of RAM and 16GB of internal storage (microSD card slot for memory expansion up to 2TB).

The phone also features a 13MP/5MP camera duo plus a 3,200 mAh battery (removable) to keep the lights on. It runs Android 7.0 Nougat, as any self-respecting phone launched in 2017. 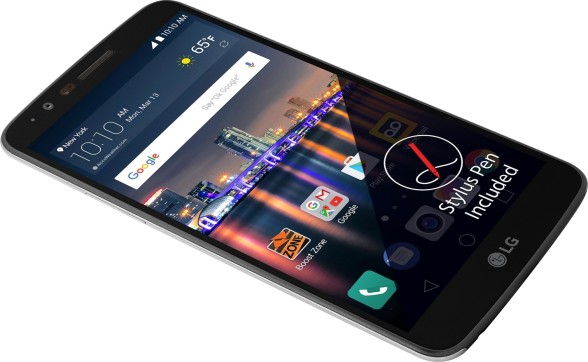 LG says the accompanying stylus has been enhanced compared to the LG Stylo2. The fiber tip on the pen is now thinner allowing for more accurate/precise brushes. The accessory reacts intuitively to changes in tilting and is smart enough to detect when your palm is resting – so it won’t misinterpret it as an unintended screen touch.

So if you are looking for an affordable phone with a spacious screen and you wouldn’t mind having a pen too, the LG Stylo3 might just be for you. You can pair the phone up with Boost Mobile’s or Virgin Mobile’s plans. 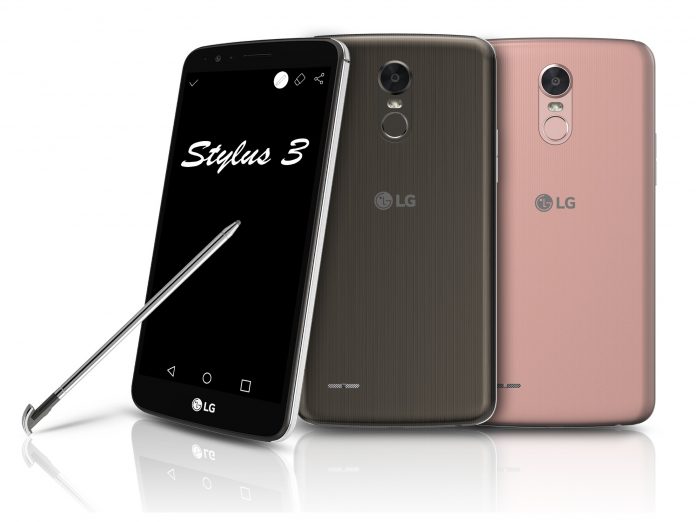 Boost Mobile offers 2GB of LTE data for $30/month with Auto-Re-Boost. Customers who want more can add 1GB of 4G LTE for $5/month or 2GB or 4G LTE for $10 month. There’s also an Unlimited plan available which will cost interested parties $50/for one line and $30/month for a second line.

With the occasion of the LG Stylo3’s launch, Virgin Mobile is taking the opportunity to announce the DATA LOVE and DATA LOVE+ – two unlimited plans for customers who like to stay connected.

The DATA LOVE bundle is available for $35/month and offers 5GB of LTE, while the DATA LOVE+ costs $45/month and gets you 10GB of LTE.