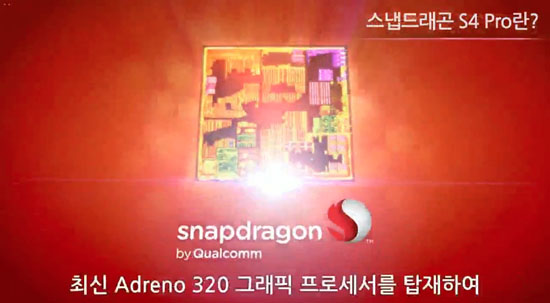 We’ve been hearing quite a bit about LG over the last few weeks, and word on the street is that they’re cooking up something big, to compete with the Galaxy S3 and other comparable devices like the HTC One X. The plot thickens today, as LG has launched a teaser site, complete with a video. Sadly both in Korean, but from what we could make out, the device will be packing a quad-core Snapdragon S4 Pro processor, alongside a nice Adreno 320 GPU. In fact, the entire video appears to be devoted to the S4 Pro, and how it performs and affects battery life.

As if the processor wasn’t interesting enough, LTE is mentioned, which means that we could finally see a powerful quad-core, LTE-capable Android device here in the U.S. Again, the video is in Korean, but it does solidify some of the rumors that LG is fighting its way to the top of the Android chain.

So, is anyone excited that LG is making a splash? Are you as curious about the clock speed on that processor as I am? Let us know in the comments!